Serbia must take hard road after painful loss to Switzerland 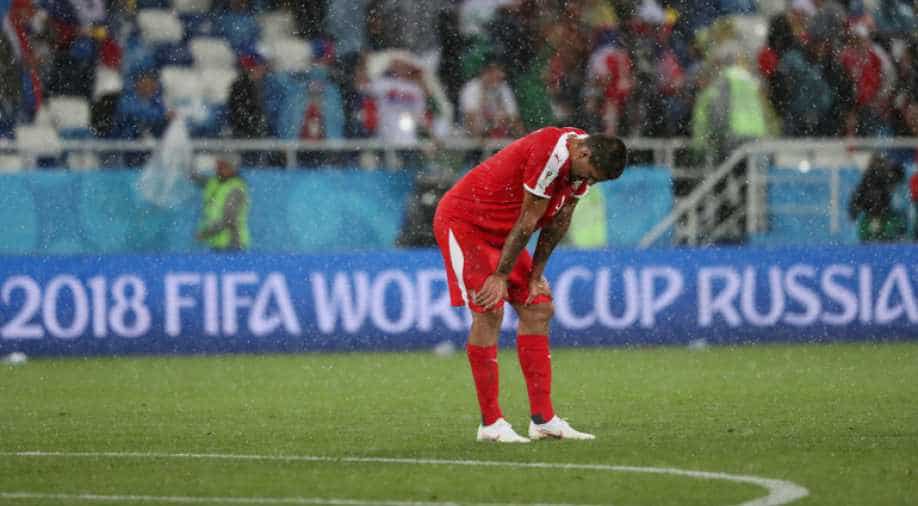 Serbia had two paths into the World Cup knockout round and following a 2-1 loss to Switzerland on Friday will have to navigate the more treacherous route around a Brazilian road block.

Victory over Switzerland would have sent Serbia through with a game to spare but they now face the prospect of getting a result against the five-times world champions who have also yet to secure their place in the last 16.

Going into the final round-robin matches, Brazil, 2-0 winners over Costa Rica, sit top the Group E standings with four points, ahead of Switzerland on goal difference with Serbia on three.

Costa Rica, who Switzerland play in their final group match, has yet to register a point and have been eliminated.

"From Day One when we saw the draw and the group many thought Brazil was the favourite to win the group and the championship," Serbia coach Mladen Krstajic told reporters.

"But now we are in the position where we need a win over Brazil on matchday three and we will focus and try to win, nothing is impossible in life.

"We respect their status as the favourites to win but we are going to prepare, they have some weak spots we will try to exploit."

As the game entered the 90th minute with the score deadlocked at 1-1 it looked as if Switzerland and not Serbia would end the night in the danger zone.

But a last-minute breakaway goal by Xherdan Shaqiri gave Switzerland a heart-stopping 2-1 win.

Serbia dominated the opening half and went ahead after five minutes when Aleksandar Mitrovic rose and headed a floating Dusan Tadic cross firmly past Switzerland goalkeeper Yann Sommer.

In the second half, the Swiss came out with renewed purpose and were rewarded with the equaliser from a thunderous strike by Granit Xhaka.

"We can be satisfied with the first half," shrugged Krstajic. "Technically we were sound but we conceded a naive goal, we were on the front foot and they countered us.

"I'm not sure are right saying they wanted to win more.

"Of course, we were disturbed by the Swiss equaliser but at 1-1 we tried to go on the attack but unfortunately we conceded in the 90th minute. This is football we did not convert some of our chances."