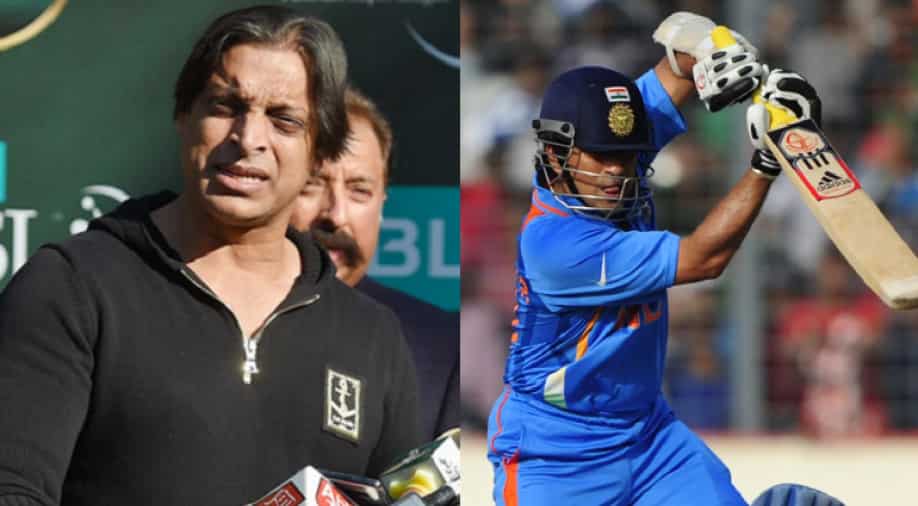 Former Pakistan pacer Shoaib Akhtar believes cricket has become too batting-friendly in the current era. Regarded as one of the greatest fast bowlers of all time, Akhtar lashed out at the International Cricket Council (ICC) for the current rules in international cricket which have given batters around the world too much leverage.

Rules such as the use of two new balls, adequate reviews for the batters and the limitations on bouncers are making cricket a one-sided game, as per Akhtar. The former Pakistan pacer jokingly suggested that the legendary Sachin Tendulkar would have scored 1 lakh runs had he been playing in the current era.

"You have two new balls. You have made the rules stricter. You give so much leverage to batsmen nowadays. You now allow three reviews. If we had three reviews during the time of Sachin, he would have made 1 lakh runs," Akhtar said during a chat with former India head coach Ravi Shastri on his YouTube channel.

“I really pity him. The reason I pity Sachin is he initially played against Wasim (Akram) and Waqar (Younis), he played against Shane Warne, then he faced (Brett) Lee and Shoaib (Akhtar), and later he played the next generation of fast bowlers. That's why I call him a very tough batsman,” he added.

Akhtar believes cricket has become batting-oriented these days and the old charm of fast bowlers flying in and bowling full throttle against the batters has evaded.

“It's very batting-oriented cricket nowadays. Earlier, As a batsman, even you would enjoy fast bowlers approaching you with hair flying, bowling bouncers," said the former Pakistan pacer, who troubled some of the best batters of his era with his raw pace.

Akhtar picked 444 wickets across all formats in international cricket. He continues to remain associated with the game as an expert and never shies away from sharing bold opinions of cricketing matters.