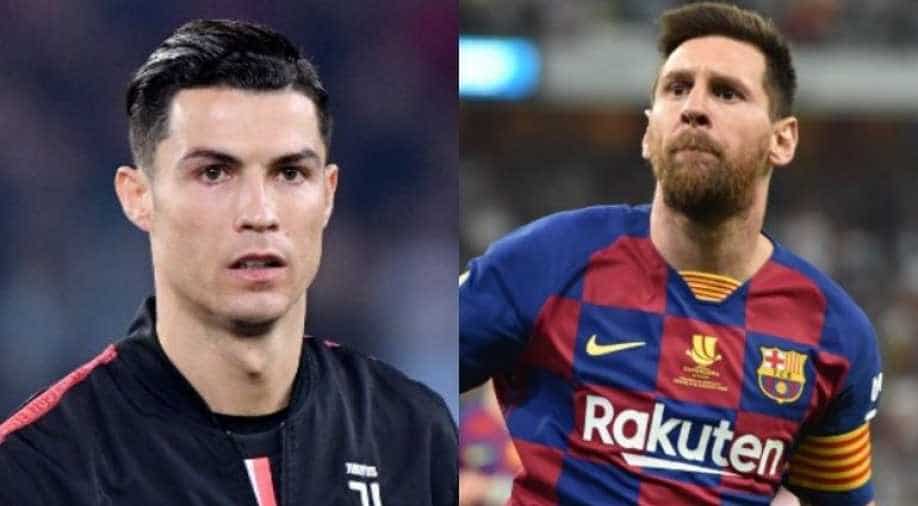 In what could be termed as a historic and dream move, Cristiano Ronaldo might be seen playing alongside Lionel Messi at Barcelona. Frustrated with Juventus’ lackluster performance in the UEFA Champions League, Ronaldo may head to a new team.

In what could be termed as a historic and dream move, Cristiano Ronaldo might be seen playing alongside Lionel Messi at Barcelona. Frustrated with Juventus’ lackluster performance in the UEFA Champions League, Ronaldo may head to a new team.

As per reports, Ronaldo has been offered to Barcelona that would see him play alongside Messi. Juventus are reportedly trying to get his massive £28m-per-year salary off their books.

Juventus’ sporting director Fabio Paratici, vice president Pavel Nedved and chairman Andrea Agnelli are set to have a meeting with new manager Andrea Pirlo and will decide on whom to leave out of Ronaldo and Paulo Dybala.

The Italian giants have been stuck by financial crisis and can afford to keep only one of Ronaldo or Dybala at the club for next season.

Both Ronaldo and Dybala have contracts at the club until the summer of 2022 and Juventus could get between £50m and £90m for either of their stars.

'He's been offered everywhere, including Barcelona,' Balague told 5 Live Sport on Ronaldo: I'm not sure if they can get rid of him easily with the kind of money he earns. Who is going to pay that kind of money?'

However, even Barcelona have been stuck hard financially due to COVID-19 pandemic and it is unlikely that they will make any big signings this summer.

Ronaldo and Messi have shared 11 Ballon D’Or awards between them and fans have been crying to see the duo together on the pitch. Their rivalry on the pitch is known to all.

However, another club who seems to be interested in Ronaldo is Paris Saint-Germain and a link-up of Ronaldo, Neymar and Mbappe is a dream for them.

Balague explained: 'The reason why Cristiano Ronaldo has been linked with PSG, it's not so much because PSG are thinking of getting him, but because Jorge Mendes [Ronaldo's agent] has been given instructions to actually find a team for Ronaldo.'

Balague added: 'We have seen this over the last months, we have seen links with Real Madrid, Madrid said "no chance! He's not coming back."

'There have been talks about MLS et cetera, because Juventus wants to get rid of that wage. It's as drastic as that.'