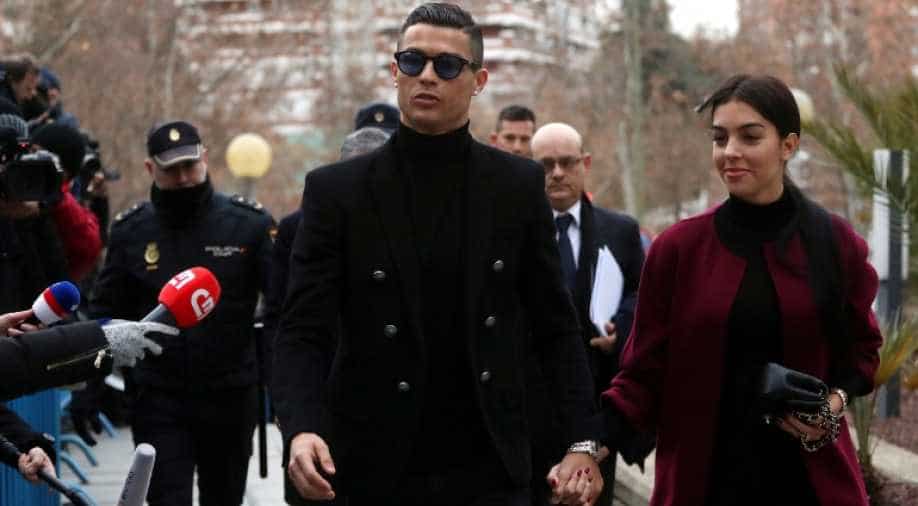 Ronaldo, holding hands with his Spanish fiancee Georgina Rodriguez, came out of the court room smiling, pausing to sign autographs before leaving in a black van.

Portuguese soccer star Cristiano Ronaldo was fined almost 19 million euros ($21.6 million) for tax fraud on Tuesday but will avoid serving a 23-month prison sentence after agreeing to a deal.

Ronaldo, holding hands with his Spanish fiancee Georgina Rodriguez, came out of the courtroom smiling, pausing to sign autographs before leaving in a black van.

The 33-year-old Juventus forward, who played for Real Madrid from 2009-18, agreed to settle the case by paying an 18.8 million euro fine and accepting a suspended jail sentence.

Under Spanish law, a first offender can serve anything less than a two-year sentence under probation and Ronaldo will not have to go to prison.

His court appearance lasted about 15 minutes as the five-times world footballer of the year only needed to sign off on the previously settled agreement.

Earlier, Ronaldo's former Real Madrid team mate Xabi Alonso walked in to face own tax fraud case with his hands deep in his suit pockets. "Yes, all good," was his only response to reporters' questions.

Ronaldo had to enter the courtroom through the front door after his request for special security measures to avoid the spotlight was denied on Monday.

In 2017, Ronaldo denied the accusation that he knowingly used a business structure to hide income generated by his image rights in Spain between 2011 and 2014.

After reaching the deal, he paid a fine of 5.7 million euros, plus interest of about 1 million euros, in July 2018, the prosecutor's office said last week.