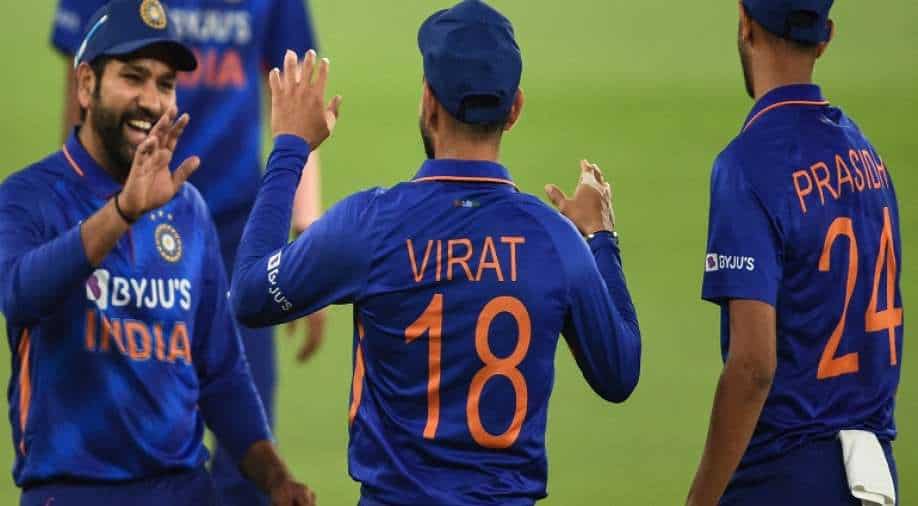 Rohit Sharma-led side will look to clinch series against West Indies. Photograph:( AFP )

Team India will look to clinch the series in the third ODI against West Indies in Ahmedabad.

After having gained an unassailable 2-0 lead in the ongoing three-match series, Rohit Sharma-led Team India would look to win the final ODI to register a series sweep. India and West Indies will lock horns in the third and final ODI at the Narendra Modi Stadium on Friday.

Heading into the final game, all eyes would be on Virat Kohli's form. So far in the series, Virat has been below-par as he recorded scores of 8 and 18 and the wait for century number 71 is growing day by day. The batter needs to stay true to his instincts as in the ongoing series, the batter has looked to be in a rush.

This has never been the case with Virat but probably lack of a big score is now getting to the former skipper as well.

A good talk with head coach Rahul Dravid and captain Rohit might just be the need of the hour for Virat as the Men in Blue need their star batter at his best.

In the second ODI, India promoted Rishabh Pant as an opener, the move might not have worked, but it is a positive sign as the team finally showed an aggressive mindset.

KL Rahul and Suryakumar Yadav were impressed with the bat but the overall score remained below-par as Men in Blue posted just 237 on the board.

The bowling side of things took care of itself and Prasidh Krishna bowled a probing spell and broke the back of Windies chase.

The hosts would expect the same to happen in the final ODI. West Indies' batting has been lacklustre so far in this series, and they have not been able to help out their bowlers.

Kieron Pollard missed the second game due to a niggle and it is not known whether he would return for the final ODI on Friday.