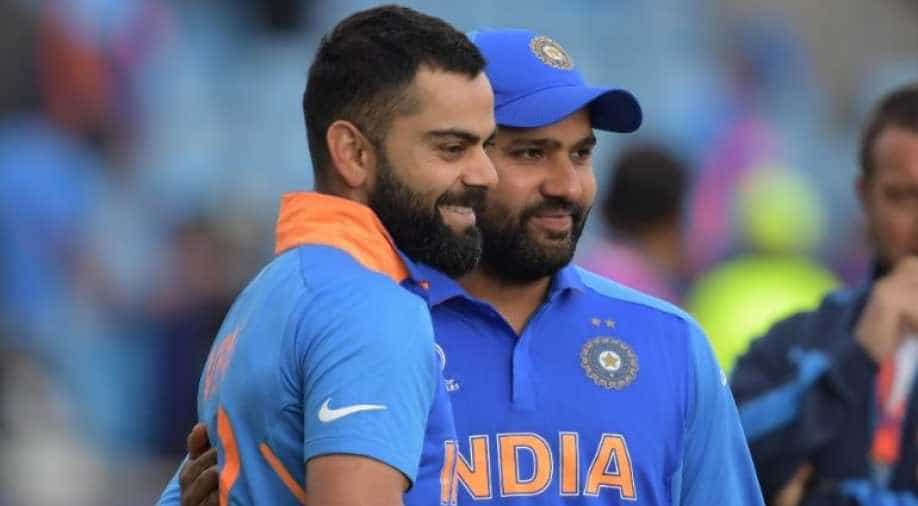 Rohit Sharma was retired hurt during the 5th T20I, he inflicted a calf injury. He predicted to be fit in a few days.

Indian opener Rohit Sharma broke another record in the absence of Indian skipper Virat Kohli in the final T20I against New Zealand in Mount Maunganui on Sunday.

Rohit's 60 runs off 41 balls helped him to surpass Virat Kohli in the list of players with most 50+ scores in T20Is.

This is Rohit's 25th 50+ score (21 half-centuries, 4 centuries) for team India, it has also helped the prolific Indian opener almost bridge the gap between him and Kohli in terms of T20I career runs. The difference is down to just 21 runs. Kohli still leads in the list of most half-centuries (24 half-centuries).

Rohit Sharma was retired hurt during the 5th T20I, he was struck by a calf injury. He predicted to be fit in a few days.

India extended their record for most successive T20Is winning eight in succession. Chasing a target of 164 runs, New Zealand witnessed a very poor start as three of their batsmen were sent back to the pavilion before the completion of four overs.

With the clean sweep against the Black Caps, India has become the first team to win a T20I series with 5-0 margin.