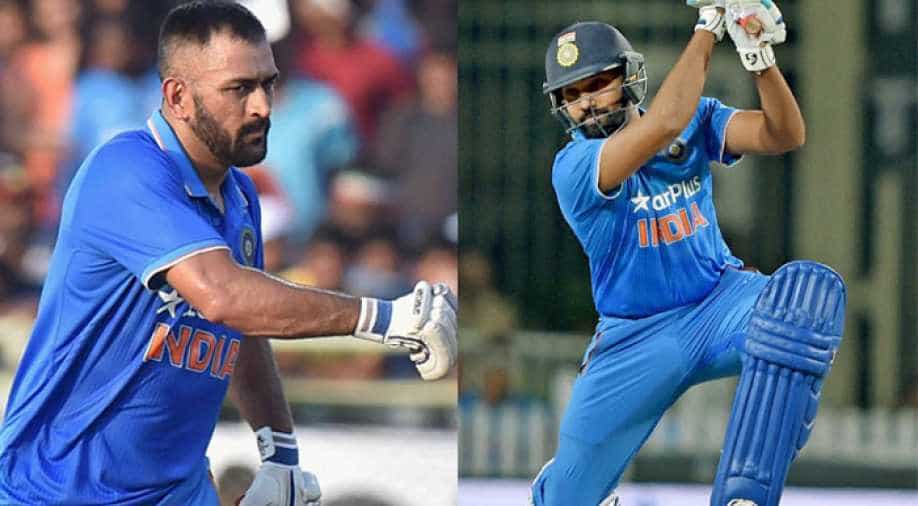 Rohit, who led the Indian side in the recently concluded limited overs series against Sri Lanka, expressed his shock at the constant questioning of Dhoni’s place.

“I am shocked that this question is being raised. If you look at the recent performances, I don’t understand why people are still talking about it. It is not about whether he will be part of the 2019 World Cup, his recent form has been good,” Rohit said to a leading channel.

“It (50-over World Cup) is too far and we should focus on what is happening now. He bats at No.6 and does not get to play so many balls as some of us at the top of the order,” the Mumbai batsman added.

Under Rohit, Dhoni batted at No. 4 in the first T20I and scored an unbeaten 39.

In Indore, he was called in at No.3 after Rohit and KL Rahul had posted 165 for the first wicket and hit a 28.

In the last match in Mumbai, Dhoni slipped back down the order and made unbeaten 16 runs.

“That decision lies with the coach and captain. I have seen him bat from four to six, and even batted at three in the IPL. That wicket in Rajkot (the second T20I vs New Zealand) was tough and we had lost four wickets when he went into bat. People need to look at the game situation before they talk,” Rohit said in Dhoni's defence.

The former Indian skipper received a lot of criticism from former cricketers over his performances in the limited-overs cricket, especially T20.