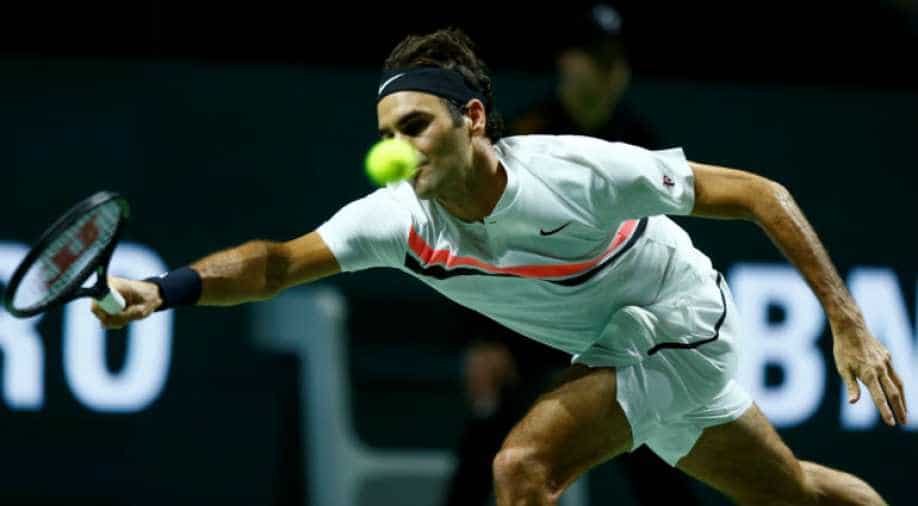 Roger Federer of Switzerland is seen in action against Grigor Dimitrov of Bulgaria at Rotterdam Open. Photograph:( Reuters )

Twenty-time grand slam champion Roger Federer has been honoured with Laureus World Sportsman of the Year and Comeback of the Year awards at the 2018 ceremony in Monaco.

The Swiss fought off competition from Real Madrid star Cristiano Ronaldo and his tennis rival Rafael Nadal to become the Sportsman of the Year.

The two award wins for the Swiss brought his career total of Laureus Awards to six, making him the the most decorated Laureus Winner in history.

The 36-year-old won the Australian Open and Wimbledon titles in 2017 and became the oldest number one after overcoming a serious knee injury.

"It was an unforgettable year for me, to come back after a very difficult 2016, and these awards just make it even more memorable. When I won my first Laureus Award back in 2005, if you had said I would have ended up winning six I would not have believed you. It`s been an amazing ride," the Sport24 quoted Federer as saying.

Meanwhile, 23-time grand slam winner Serena Williams won the Sportswoman of the Year award.Elsewhere, Mercedes-AMG Petronas was named the Team of the Year award for winning the Formula One constructor's Championship in 2017.