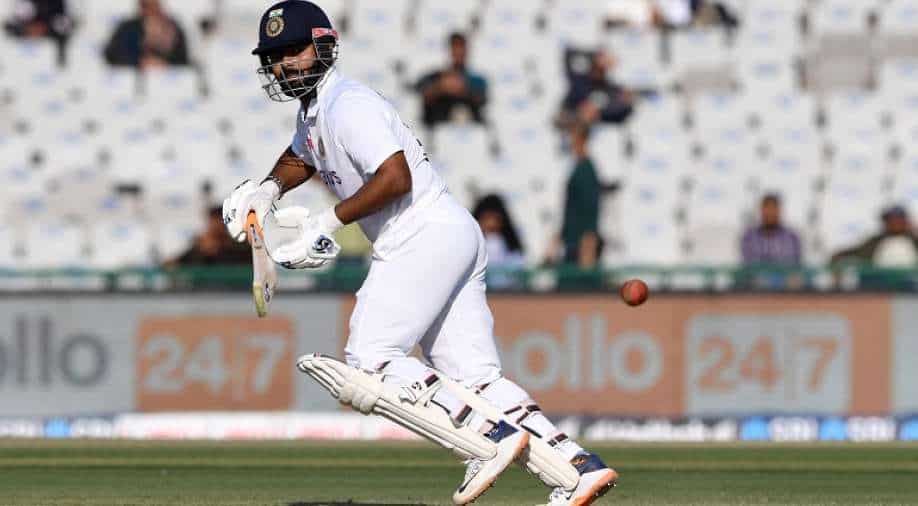 India's Rishabh Pant stole the limelight on Day 1 with a blistering knock of 96 against Sri Lanka on Friday to keep the hosts on course for a big first-innings total in the first Test at Mohali.

A rollicking 96 from Rishabh Pant powered India to 357/6 at stumps on day one of the opening Test against Sri Lanka at the IS Bindra PCA Stadium here on Friday.

Resuming from 199/4 after the tea break, Pant and Shreyas Iyer took four boundaries in the first six overs of the final session.

With the duo looking increasingly comfortable at the crease and taking the attack to the Sri Lanka bowling attack, the 50-run partnership for the fifth wicket came up in 82 balls.

Sri Lanka's troubles increased when Lahiru Kumara walked off the field and didn't complete his over. But part-time off-spinner Dhananjaya de Silva broke the 53-run stand between Pant and Iyer with the first ball of his second spell.

De Silva got one to spin back in from round the wicket and beat Iyer's inside edge to trap him plumb lbw in front of stumps.

Pant then got support from Ravindra Jadeja, who stole boundaries off de Silva and Embuldeniya. Pant was unafraid to play the waiting game while showing signs of aggression to get boundaries to reach his fifty in 73 balls.

From there, Pant shifted gears blazingly, dancing down the pitch and lofting twice over long-on and deep mid-wicket for back-to-back sixes. Pant then cut Embuldeniya twice through cover and point to take 22 runs off the over.

De Silva also suffered some punishment with Pant heaving a delivery over 'the bowler's head for four followed by a loft down the ground for six.

Pant further took de Silva to the cleaners, hitting successive fours through deep mid-wicket and down the ground.

Sri Lanka got a much-needed breakthrough after taking the second new ball as Pant fell short of his century by just four runs.

The wicketkeeper-batter, who made 46 in his last 22 balls, tried to defend on the backfoot with no footwork off Suranga Lakmal but the ball went through the gate to clip the off-stump bail.

ALSO READ: 'Because of his stature, no one...': Ex-selector slams BCCI chief Sourav Ganguly for attending team meetings

Jadeja and Ravichandran Ashwin slammed five fours to maintain India's comfortable hold on day one. At stumps, Jadeja was batting on 45 and Ashwin on 10.