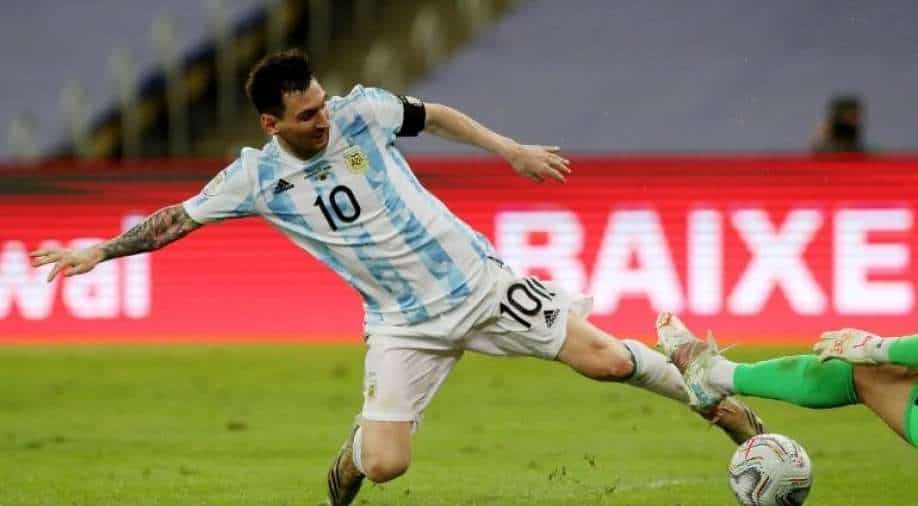 Lionel Scaloni went on to laud Barca star Lionel Messi for his never-give-up attitude during the finals of Copa America against Brazil.

Lionel Messi and Co. paid the perfect tribute to late football legend Diego Maradona as Argentina lift their first Copa America title since 1993 as they beat hosts Brazil by 1-0 to lift the coveted trophy.

However, hours after a historic win over Brazil, Argentina manager has now revealed that their star captain Lionel Messi was playing with a hamstring problem in the semifinals against Columbia and finals against Brazil.

“If you knew the way that he played in the Copa America you’d love him even more. Lionel Messi played against Colombia and Brazil with hamstring problems. You can never do without a player like him, even when he is not fully fit like in this game and the previous one,” Scaloni told reporters after Argentina ended their 28-year-old drought at the Copa.

Scaloni went on to laud Barca star Lionel Messi for his never-give-up attitude.

“The 34-year old had shown his frustration with the defeats, retiring after losing the 2016 Copa America to Chile only to return to the international fold a few weeks later. In the end, he did not throw in the towel and he succeeded,” Scaloni said.

He also talked about his close relations with Lionel Messi.

“I have a relationship that is different than the (usual) coach-player relationship. It’s closer. We greet each other, we hug each other, and I am eternally grateful to him and his teammates,” Scaloni added.

The win also marks the end of Lionel Messi's trophy drought with Argentina. This is his first cup with Argentina since winning the gold medal during the 2008 Beijing Olympics.

Lionel Messi was named the Golden Boot victor due four goals he scored and the assists to his name. Gianluca Lapadula and Lautaro Martinez scored three goals each.