Raina to Tahir: 5 players with highest base price who are likely to go unsold at IPL 2022 mega auction 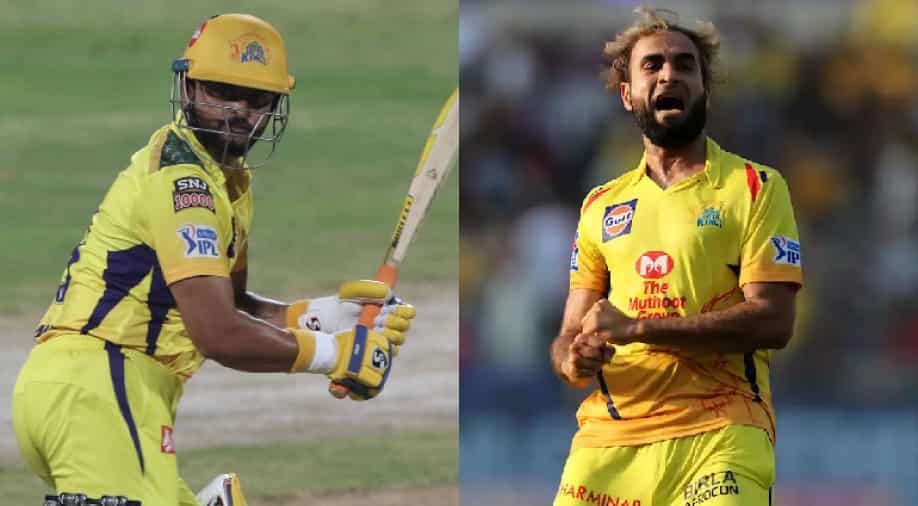 Ahead of the Indian Premier League (IPL) 2022 mega auction 2022, here is a look at five players who have opted for the highest base price of Rs 2 crore but might go unsold this year.

The countdown for the Indian Premier League (IPL) mega auction 2022 has already begun with as many as 590 players set to go under the hammer at the two-day event in Bengaluru on February 12 and 13. A number of top players from India and overseas will be part of the auction pool with ten teams competing against each other to rope in the best players.

There are a total of 370 Indian and 220 overseas players who will be going under the hammer at the IPL 2022 mega auction. 228 out of the 590 players are capped international stars and many of them have opted for the highest base price of Rs 2 crore (INR 20 million) at the mega auction.

There are some IPL veterans as well as some fresh new talent who have opted to place their name in their Rs 2 crore-category at the mega auction. While most of them are likely to be in demand among the ten teams, some might fail to draw a bid. Here is a look at some of the players from the top base price bracket who might go unsold at the IPL 2022 mega auction.

Suresh Raina has been one of the best players in the Indian Premier League (IPL) over the years. He was the all-time leading run-getter of the league for several years before being surpassed by Virat Kohli in 2019. Raina has been instrumental in Chennai Super Kings (CSK)'s success in the IPL and is currently the 4th highest run-getter of the league.

However, he has not been on top of his game for quite a while now and has had to deal with fitness issues as well. He was released by CSK ahead of the mega auction this year and might find it difficult to find a buyer at the IPL 2022 mega auction.

Imran Tahir enjoyed a stunning season with CSK in the year 2019 where he picked up 26 wickets to finish as the highest wicket-taker of the season. However, he managed to make only four appearances for CSK in the next two seasons, scalping only three wickets across both seasons.

At 41, Tahir is one of the oldest players available at the IPL 2022 mega auction and has opted for the base price of Rs 2 crore. While there is no doubt Tahir still has the energy levels of a youngster, any team might find it tough to invest him as the South Africa spinner is past his best at the top level.

Australian left-arm spinner Ashton Agar, who has never featured in the Indian Premier League before, has set his base price at Rs 2 crore ahead for the IPL 2022 mega auction. While he has failed to cement his spot in the Australian side across formats, Agar has done well in the Big Bash League.

However, the spin all-rounder had gone unsold in the IPL mega auction 2018 where he had a base price of just Rs 50 lakh (INR 5 million). This time around, he had oped to increase his base price a whopping four times the last one but is unlikely to get a buyer at the IPL 2022 mega auction due to the plethora of top spinners available in the pool.

Another IPL veteran Robin Uthappa has opted for the highest base price of Rs 2 crore but might find it difficult to secure a deal at the IPL 2022 mega auction. Uthappa was part of CSK's IPL 2021 title-winning squad last season but managed to play only a handful of matches for the MS Dhoni-led side.

He played four matches in IPL 2021, amassing 115 runs. The 36-year-old has been one of the most prolific Indian batters in the league over the years but doesn't have age on his side and is unlikely to be roped in by any franchise. Uthappa has 4722 runs to his name in 193 IPL matches.

England spinner Adil Rashid had gone unsold at the IPL 2021 player auction where his base price was Rs 1.5 crore (INR 15 million). He was later roped in as a replacement for Jhye Richardson at Punjab Kings. However, he managed to play just one game for the side and ended up conceding 35 runs in 3 overs while going wicket-less.

Rashid has been impressive for England in limited-overs cricket for a while now but he is unlikely to land an IPL deal this year as well.