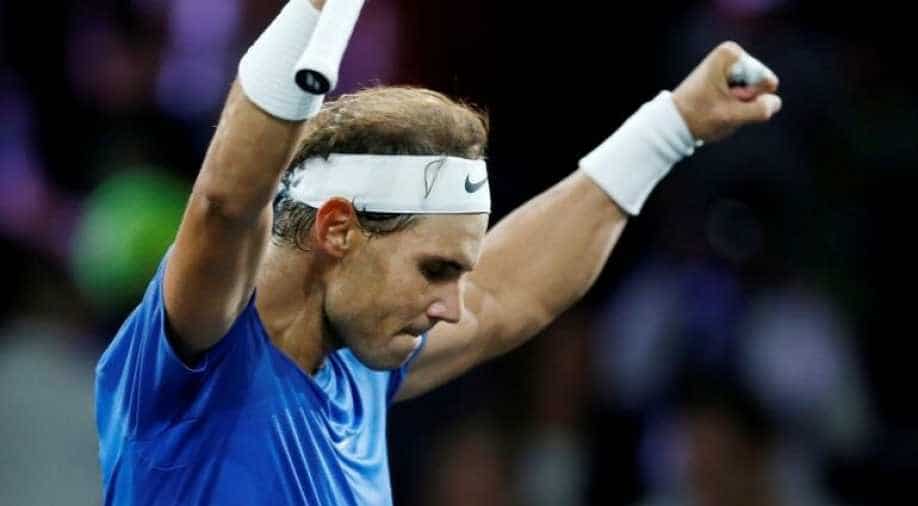 “I'm super happy with my season,” said Nadal, reports ATP. He added that the start of this season was very challenging but the way he played his tennis this year made him extremely proud.

Tennis giant Rafael Nadal once again became the number one ranked tennis player after he dethroned his rival Novak Djokovic. The Serbian could not hold the top spot despite winning his fifth Paris Masters title on Sunday.

“I'm super happy with my season,” said Nadal, reports ATP. He added that the start of this season was very challenging but the way he played his tennis this year made him extremely proud.

Djokovic came down to the second spot as he loses the points that he won a year ago in London when Nadal was absent.

Both Nadal and Djokovic had a phenomenal run this season with both superstars winning two grand slams apiece. On one hand, Nadal claimed French and US Opens, while Djokovic triumphed in the Australian Open and Wimbledon.

The 33-year-old became the second-oldest player in the ATP Rankings history to reach atop since 1973. This is the eighth time Nadal became number 1 in ATP rankings and his previous stint ended exactly the same day one year ago.

With this feat, Nadal equaled the mark of Ivan Lendl and only the likes of John McEnroe (14)  Pete Sampras (11), and Jimmy Connors (9) are ahead of him.

However, Djokovic might spoil Nadal's dreams of ending 2019 with top spot if the Spaniard fails to play or win a round-robin match at ATP Tour Finals and the Serbian making to the finals.

Nadal, who was unable to play a full season in 2018, had an outstanding 2019 as he managed to win four trophies including the historic 12th Rolland Garros and the fourth US Open. He also reached the finals of the Australian Open where he was defeated by Djokovic.

In the men's rankings, Gael Monfils returns to the top 10 for the first time since February 2017 after reaching the semi-finals in Paris while 20-year-old Shapovalov climbs 13 places to his highest ranking, 15.

The latest ATP rankings are as follows: