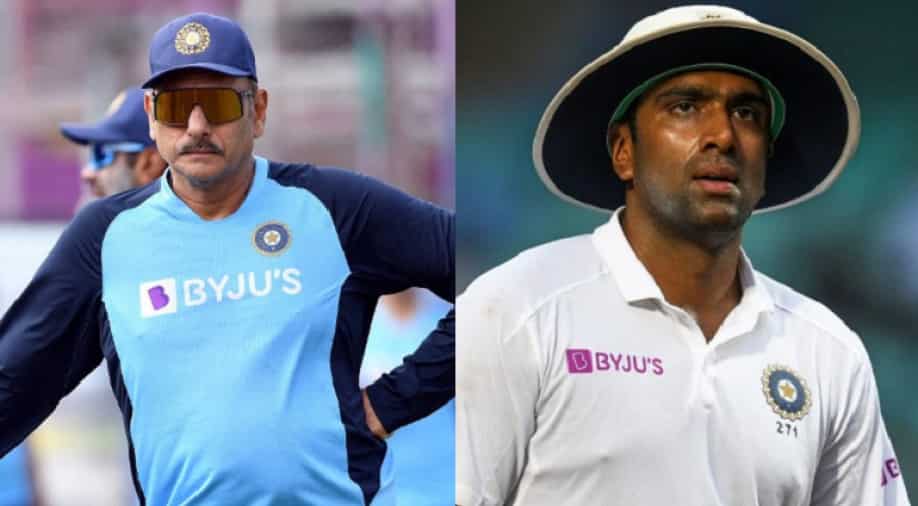 Indian spinner R Ashwin had recently recalled former India head coach Ravi Shastri's comments on Kuldeep Yadav during the team's tour of Australia in 2018-19 and revealed he was 'crushed'. Shastri had back then labeled Kuldeep as India's no.1 spinner overseas after he had bagged a five-wicket haul in the Sydney Test against the Aussies. Ashwin was also part of the Indian squad for the Test series and was pipped by Kuldeep in the playing XI before Shastri's comments.

Opening up on the episode Down Under, Ashwin revealed he felt 'crushed' and didn't feel supported. The off-spinner said he wanted to enjoy his teammate's success in the game but Shastri's comments made him feel like he didn't 'belong' in the team's celebration after the game.

"I hold Ravi bhai in high esteem. We all do. And I understand we all can say things and then retract them. In that moment, though, I felt crushed. Absolutely crushed," Ashwin had told ESPNCricinfo. Reacting to his comments, Shastri said it was good that Ashwin felt that way as it helped him bounce back stronger while adding that his job as the head coach of the Indian team was not to butter everyone's toast.

Former Indian selector Sarandeep Singh, who was part of the selection panel during India's tour of Australia in 2018-19, said Ashwin took Shastri's comments on the tour in a wrong way. Singh said Shastri was right in what he said.

"Ashwin took the comment in a wrong way. I was also there on the tour with Team India about which Shastri is talking. He meant to say that Kuldeep is a better bowler for us on overseas tour because his bowling style is different and Ashwin took this in another way and yes Shastri is right, his job is not to butter everyone toast," the former selector told ANI.

"Ashwin is a great bowler who has produced good bowling style in the African conditions. Also, he can be a game-changer for us. I don't think this will be his last tour as he has got a lot to perform," he added.

Also Read: R Ashwin recalls battle with pain in Sydney Test: I was tearing up, my daughter had to pull up my shorts

While Kuldeep is no more in the reckoning for a spot in the Indian Test side at present, Ashwin continues to be a vital cog of the team in the longest format. Ashwin has been a regular in Tests for India and has been delivering consistently. He is currently in action for the team in the first Test of the ongoing three-match series against South Africa in Centurion.