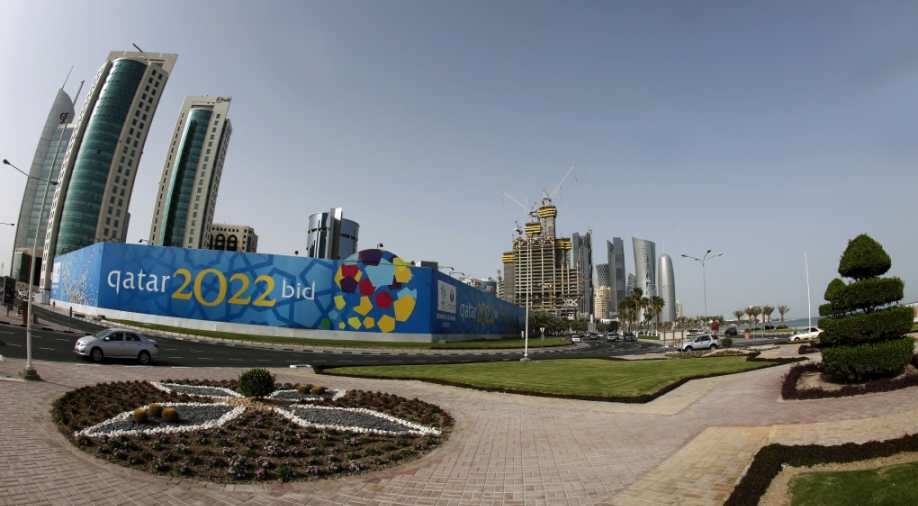 Qatar has detected three more coronavirus cases among workers on World Cup stadiums, organisers said Thursday, bringing the number of infections among those involved in 2022 tournament construction to eight.

Qatar has detected three more coronavirus cases among workers on World Cup stadiums, organisers said Thursday, bringing the number of infections among those involved in 2022 tournament construction to eight.

The Gulf nation has reported seven deaths from the COVID-19 disease and 4,103 cases in total, announcing the first infections in stadium workers on Wednesday.

Building work for the stadiums and infrastructure to stage the tournament has continued through the crisis even as non-essential retail has been halted and mosques, parks and restaurants have closed.

"The Supreme Committee for Delivery & Legacy (SC) has confirmed that two staff members who work for a SC contractor have tested positive for COVID-19," organisers said in a statement.

"In addition, six workers on SC projects have tested positive."

On Wednesday the SC said that staff at three of the seven stadiums being built from scratch for the 2022 tournament had been affected.

The SC was following health ministry guidance to respond to the cases and all those affected would continue to be paid and receive free healthcare, the statement added.

The timings of the competition, due to be held in November and December of 2022, remain unchanged by the coronavirus pandemic which has already forced the postponement of the European football championships and the Tokyo Olympics.