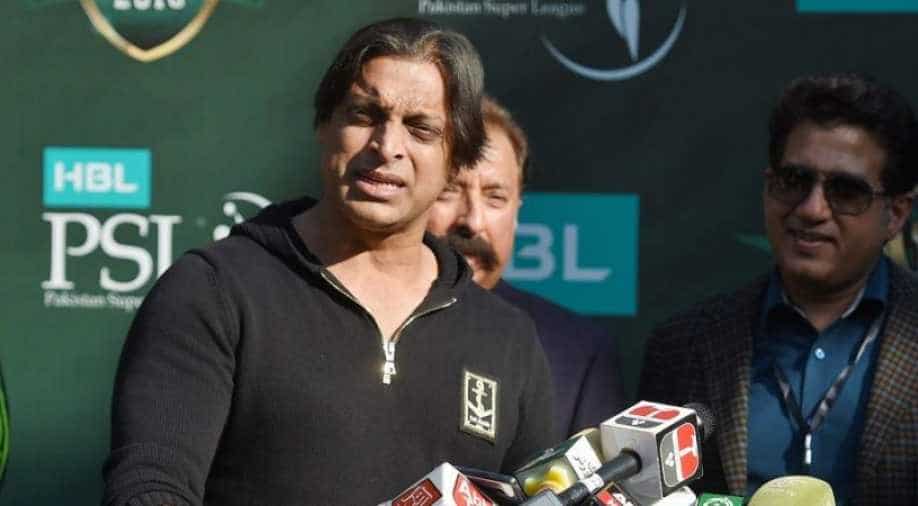 The ongoing Pakistan Super League has been postponed indefinitely due to a coronavirus outbreak. The decision was taken in a meeting between the organising committee and the team owners and management on Thursday due to recent COVID-19 cases reported in the league.

Former Pakistan pacer Shoaib Akhtar slammed the Pakistan Cricket Board (PCB) and urged Prime Minister Imran Khan to look into the matter. He even asked the top courts of the country to take a "very good look at the matter."

"You (PCB) played with the lives of the people and at the same time, you played with the reputation of the country... Where is the Chairman of PCB, he has to be answerable. I request the higher authorities and to the honourable courts to take a very good look at this matter... Where is Mani? Come to the front and answer. You have damaged Pakistan's reputation by ruining PSL. I am asking the higher authorities and the Prime Minister, sir look into this matter. This is an insult to Pakistan and Pakistan cricket," Akhtar said on his YouTube channel.

"It is time for blame-game. But you have to admit that this the responsibility of the medical panel and the bio-secure bubble should have been properly maintained. There should be strict inquiry against the medical panel... The medical panel should not be spared," Akhtar said in the video he posted on his YouTube channel.

"... The medical panel should be punished and I request the higher authorities because they played with the lives of the people... All the blame has been put on Wasim Khan and he has been asked to face everything. Who has brought Wasim Khan? Ehsan Mani (brought him). Where is Mani Sahab? Is this the responsibility of Wasim Khan to answer here? Ehsan Mani should give the answer," he added.

Last month, Peshawar Zalmi skipper Wahab Riaz and coach Daren Sammy breached the coronavirus bubble, however, the board (PCB) allowed the duo to join the side after testing negative for the coronavirus.

"Aren't you (PCB) that smart to book an entire hotel. People are getting married there, getting haircuts. Daren Sammy getting out. I fail to understand, why would you (Javed Afridi) breach the bio-secure bubble. I am asking the same question to Wahab Riaz," Akhtar said.

Akhtar said: "PSL brand got destroyed again just because of the incompetence. And the one's who do not even know how to write a prescription or see X-rays are PCB's doctors. I have witnessed this when I used to play, they (PCB doctors) did not know how to see X-rays. Nothing has changed so far."