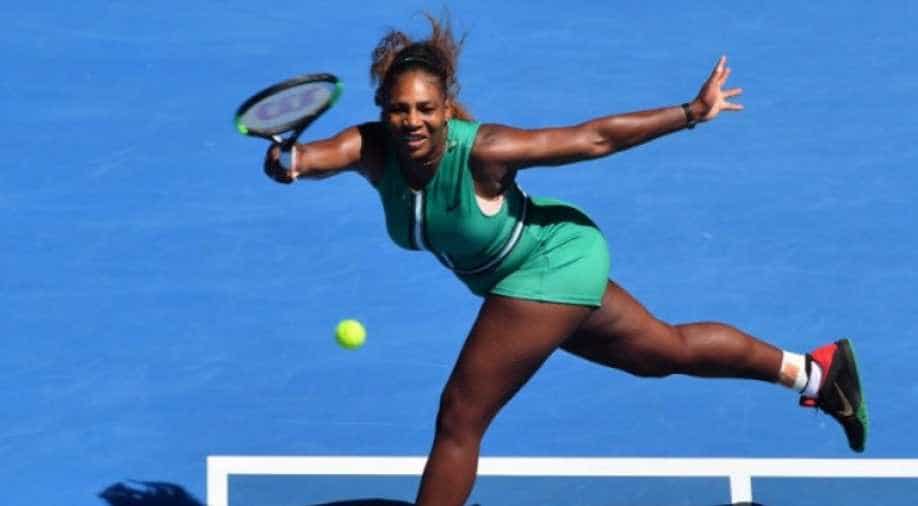 Williams' 2019 campaign has not gone to plan so far, with a series of injuries seeing her manage just four matches since her Australian Open quarter-final exit to Karolina Pliskova

Serena Williams heads into this year's French Open as an outsider for a Grand Slam title for possibly the first time in 20 years, with questions surrounding her fitness after a poor start to the season, while Naomi Osaka looks to solidify her position at the top of the women's game with a third straight major crown.

The 37-year-old Williams is still waiting for a record-equalling 24th Grand Slam triumph, with her last victory coming at the 2017 Australian Open shortly before taking a break from the sport due to pregnancy.

She impressed initially after returning, but last year twice fell just short of drawing level with Margaret Court's mark, losing in the Wimbledon final to Angelique Kerber before her infamous meltdown en route to another final defeat by Osaka at Flushing Meadows.

Williams' 2019 campaign has not gone to plan so far, with a series of injuries seeing her manage just four matches since her Australian Open quarter-final exit to Karolina Pliskova.

But she is confident her work off the court can help her find her best game in the biggest tournaments.

"I actually haven't been able to train or practise a lot. I was out much longer than I expected," admitted the three-time French Open champion last week in Rome, before pulling out of the tournament ahead of a second-round tie with sister Venus.

"But I did everything I could to stay fit. I knew that I love the clay season and I wanted to be a part of it.

"It's not about today or tomorrow. For me obviously it's about playing well at all the big moments... Obviously the Slams, etc, just getting ready for those events."

Williams will face Russian world number 82 Vitalia Diatchenko in the first round, with the draw also throwing up a mouthwatering potential quarter-final against Osaka.

World number one Osaka has not been overly struggling since surprisingly splitting with coach Sascha Bajin in the wake of her Australian Open title.

But the Japanese star has not won a title since, and like Williams, withdrew from the Italian Open through injury before her quarter-final against Kiki Bertens.

It has still been the 21-year-old's best-ever clay-court campaign, having also reached the last eight in Madrid and the semi-finals in Stuttgart, and she feels her big-hitting game is now ready to dominate on all surfaces.

"Roland Garros, that's what I'm dreaming about right now," Osaka, who has never reached the second week in Paris, said.

"If you're talking about longer goals, of course I haven't won Wimbledon yet and it would be really cool to win everything in one year."

She also does not feel that her lack of a title since Melbourne will have a large bearing on her Roland Garros prospects ahead of her opening match against Slovakia's Anna Karolina Schmiedlova.

"I can't necessarily say it's been ups and downs because if I think about it, it's definitely been going up," she said.

Reigning champion Simona Halep will enter the tournament somewhat under the radar with much of the focus on Williams and Osaka, but the Romanian remains the world's most consistent player on clay.

The three-time French Open finalist is the bookmakers' favourite for the title, despite having lost both her finals so far this year and being knocked out in her first match in Rome by Czech youngster Marketa Vondrousova.

But she is the third seed in Paris and a name everyone will want to avoid later in the tournament, although she opens her title defence against Australian Ajla Tomljanovic, who reached the last 16 in 2014.

"(It's) much better and much easier, because I have the title already," said Halep, who won her maiden major trophy 12 months ago in her fourth final.

The women's game remains far more open than the men's, with a host of other players holding serious hopes of coming out on top, like Italian Open champion and second seed Pliskova and the in-form Petra Kvitova.

Anything can happen in the French capital, as shown by unheralded Latvian Jelena Ostapenko's shock victory only two years ago.