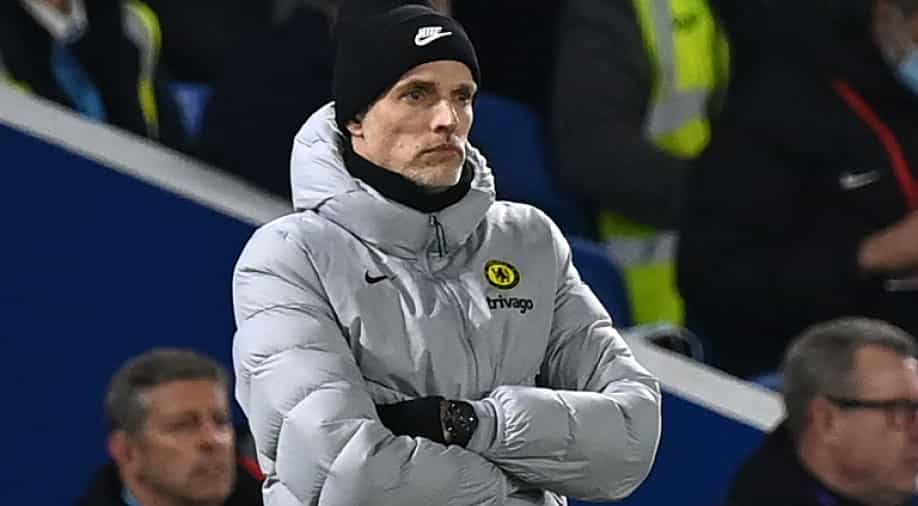 Chelsea`s players were far from their best in the draw, which extended their winless run in the league to four games and left them 12 points behind leaders Manchester City, having played a game more.

Chelsea manager Thomas Tuchel downplayed his side`s subdued performance in a 1-1 draw with Brighton & Hove Albion in the Premier League, attributing their lack of cutting edge to frustration at slipping up in the title race.

Chelsea`s players were far from their best in the draw, which extended their winless run in the league to four games and left them 12 points behind leaders Manchester City, having played a game more.

"After the loss against City and the gap opening up, playing two days later on a Tuesday again, I could see and feel from myself and the team some emotions took over, maybe frustration, disappointment and whatever and it was hard for us to reach our top level on this particular day," Tuchel told reporters ahead of Chelsea`s match against Tottenham Hotspur.

"It was the very first time so when it happens, we should not make a big deal out of it."

Chelsea next play host to Spurs, who they have already beaten on three occasions this season, having recorded a 3-0 aggregate win in the two-legged League Cup semi-final this month and a Premier League win against them in September.

However, Tuchel insisted that his side`s recent record against their London rivals does not give them a psychological advantage heading into Sunday`s tie.

"It is a big rivalry, we know this," Tuchel said. "We have played them three times in a short period of time."They know what we do, and what they do. We have managed to beat them twice and we will try to again."It is not about having whatever advantages. If we are philosophical about it, we need to have the right attitude to deliver a top performance."