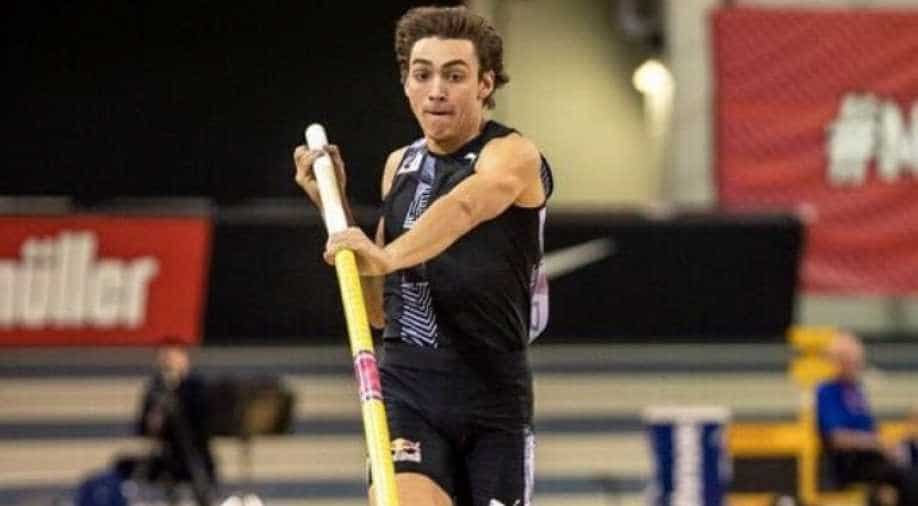 The 20-year old on Saturday broke his world record by clearing a 6.18 meters mark on his first attempt in the Indoor Grand Prix in Glasgow.

Pole vault's new wonder boy Armand Duplantis is back in the news for breaking his world record within a week.

The 20-year old on Saturday broke his world record by clearing a 6.18 meters mark on his first attempt in the Indoor Grand Prix in Glasgow.

One week after breaking the pole vault world record in Torun, @mondohoss600 improves the mark to 6.18m*.

Our report from the Glasgow #WorldIndoorTour👇

After the second achievement, Duplantis earned a $30,000 bonus.

According to Duplantis' family, the world record holder has been practising the game on the pole vault pit built in the back garden of his Lousiana home since he was three years old.

"There are a lot of reasons why this event is so complicated and so many things go into making a good jump," Duplantis, whose nickname is Mondo, told BBC Sport.

"So many years of hard work go into this, but when you do it right it seems simple.

"Safe to say I feel good, I feel fast and strong on the runway. I'm excited about the outdoor season, and the Olympics is where I want to be the best."

The former child phenomenon holds world records at every age level from under 7 to under 12, while by 18 he had cleared 6 meters.