Phogat sisters cast out from National Camp by WFI for 'indiscipline' 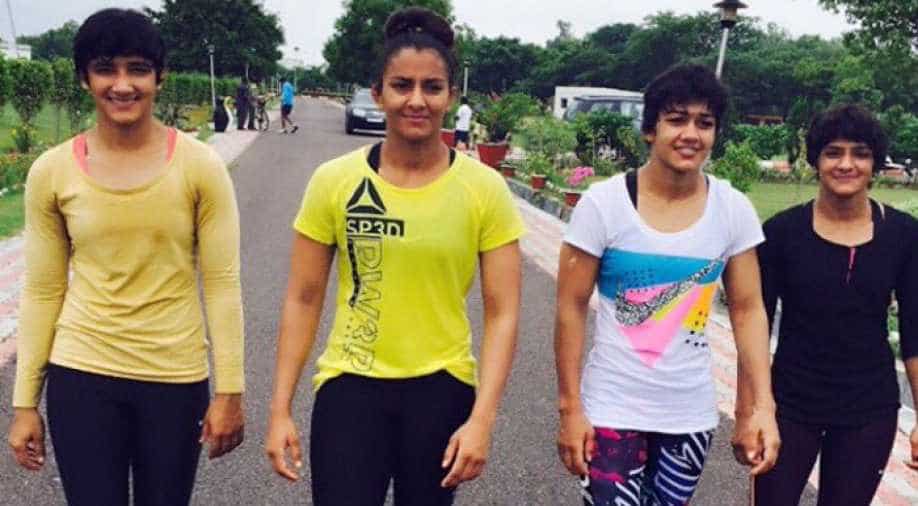 The Phogat sisters have been enjoying indisputable spotlight, especially after Amir Khan starrer 'Dangal' — which is a biopic on Geeta and Babita Phogat, their lives and their achievements in the world of wrestling.

Recently, all the four sisters, Geeta, Babita, Ritu and Sangeeta Phogat were restricted by Wrestling Federation of India (WFI) from representing the country in the Jakarta Palembang Games to be held in Indonesia in August-September this year.

According to reports, the federation got tired of them showing some serious indiscipline and tantrums and decided to pull them out.

"The wrestlers selected for the national camp are expected to physically report to the camp within 3 days. If they have any problems or issues they should go there and report it to the coaches and find a solution, But Geeta, Babita and others (in all 13) did not do that. They were incommunicado. This is serious indiscipline on their part and the WFI felt it's time to pull the plug. So we have told them to sit at home and enjoy," WFI President Brij Bhushan Sharan Singh informed.

However, Singh also hinted that if they come up with a good reason of their absence, they might still have a lifeline to Asian Games trials.

Another big name to have been barred from the national camp is Satyawart Kadian, husband of Rio Olympics bronze-medallist wrestler Sakshi Malik.

When asked, Babita Phogat cited injury to her both knees as the reason and that she is yet to receive a show-cause notice from WFI.

In total, 15 sportspersons, both men and women, were issued a show cause notice by the federation and their names have been removed from the camp list.

The men's and women's national are being simultaneously conducted in Sonepat and Lucknow from 10-25 May.