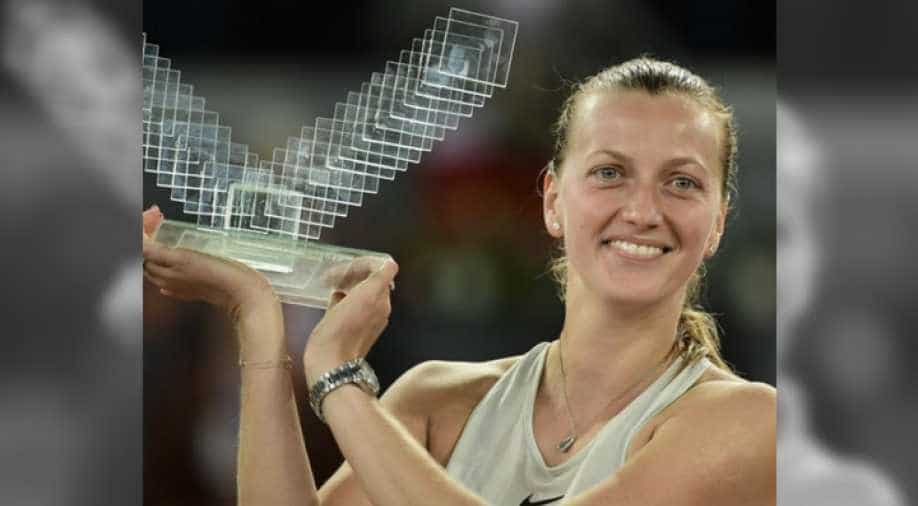 Petra Kvitova poses with the trophy. Photograph:(AFP)
Follow Us

Czech 10th seed Petra Kvitova won the Madrid Open title for the third time on Saturday with a marathon 7-6 (8/6), 4-6, 6-3 victory over Kiki Bertens of the Netherlands.

Kvitova, who was also the champion in Madrid in 2011 and 2015, has now claimed four titles in 2018 after triumphs in St Petersburg, Doha and last weekend in Prague.

Victory, on a chilly, damp night in the Spanish capital, took Kvitova two hours and 51 minutes against a gutsy, unseeded Bertens who had knocked out former world number ones Maria Sharapova and Caroline Wozniacki on her way to the championship match.

In a big-hitting, roller-coaster of a final, Kvitova claimed her 24th career title on the back of 39 winners and 58 unforced errors.

Bertens, who had won five of her previous six finals, including on clay in Charleston earlier this year, led 4-2 with a break in the first set before Kvitova roared back, retrieving the break in the next game.

The Czech claimed the 74-minute opener on a third set point.

Bertens carved out the only break in the seventh game of the second set to level the contest.

She then fell 2-4 down in the decider before bravely hitting straight back but in a thrilling finale, Kvitova dug deep to break again for 5-3 before a love service hold gave her victory and an 11th successive match win.