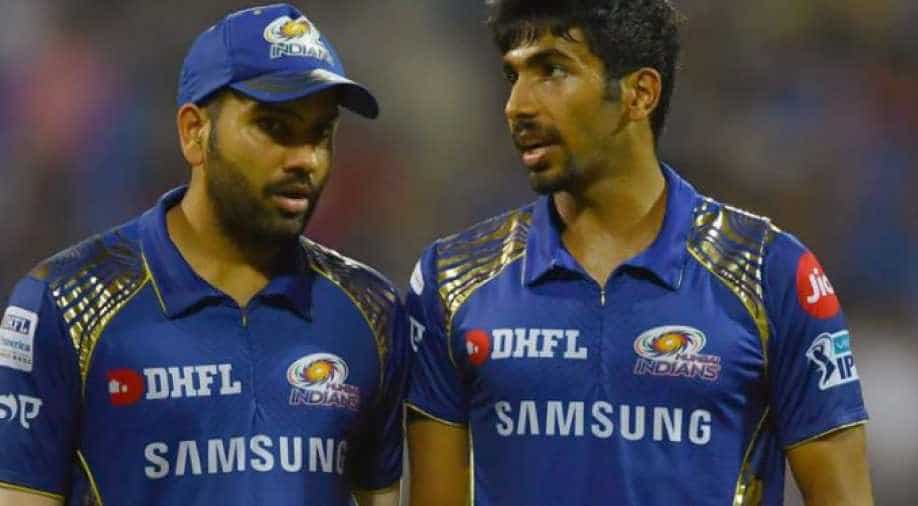 Rohit Sharma and Jasprit Bumrah involve in fun banter on Twitter ahead of IPL 2020 Photograph:( Agencies )

The Mumbai Indians captain went on to praise this year's match-winning bowling duo of Trent Boult and Jasprit Bumrah.

Skipper Rohit Sharma lauded his team, Mumbai Indians, for the team's collective effort in a stunning win against Delhi Capitals. Rohit Sharma and Co. registered a 57-run victory to book a place in the finals.

Rohit Sharma was asked if it was his team’s best performance in this year's tournament, to which he said: "Yes, I guess so."

"The way we came out today with that intent after losing the wicket in the second over, the way (Quinton) De Kock and Surya took the momentum towards us was great to watch and then the way we finished towards the back-end was magnificent," Sharma said at the post-match presentation.

"And again with the bowl (the performance) was absolutely clinical as well. We were very clear with the plans on what we wanted to achieve, and yes a perfect result for us," Sharma said.

The Mumbai Indians captain went on to praise this year's match-winning bowling duo of Trent Boult and Jasprit Bumrah. Boult, who sustained a groin injury, was looking fine.

"I have not seen him (Boult), but it looks okay. It is a big game that is coming up and we have got three-four days and we wanted to make sure that he is okay. He went off obviously, but he looks okay. I don’t think it’s a big problem. The next three days he will be fine and on the park on the 10th," said Rohit.

Delhi Capitals were simply outplayed by the class of Mumbai Indians as they fell short by 57 runs and will now have to play the Qualifier 2 against the winner of Sunrisers Hyderabad versus Royal Challengers Bangalore in a bid to secure a berth in the final of IPL 2020.