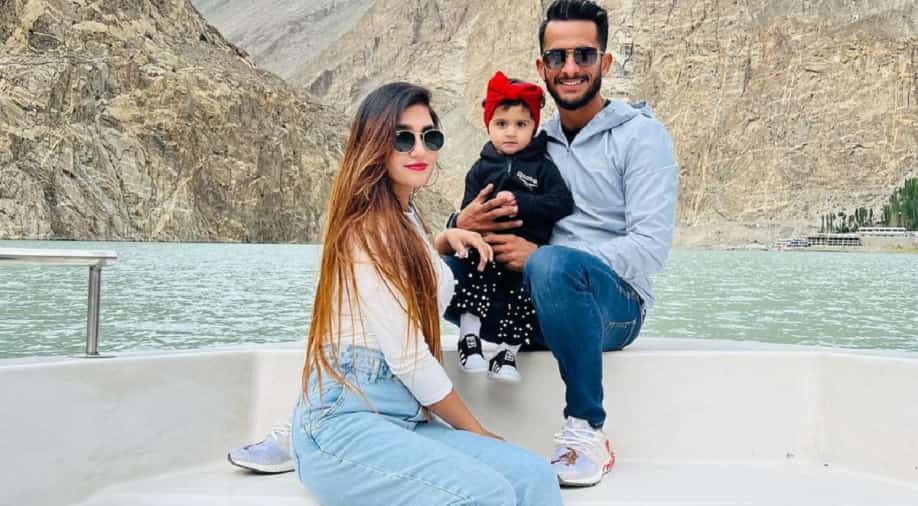 Pakistan pacer Hasan Ali was trolled on Instagram after he shared a couple of pictures with his wife and daughter.

Pakistan pacer Hasan Ali was viciously trolled online by the moral police after he recently shared a couple of pictures with his wife Samiya and their daughter from his vacation in the country. Ali, who is one of the key members of the Pakistan bowling attack across formats, has often been the target of trolls over his performances on the pitch. However, the fast bowler found himself on the receiving end of unnecessary trolling this time around over his wife's clothes and poses in the pictures shared by him.

Ali recently took to Instagram to share some pictures with his family from their vacation in Hunza, Pakistan. The Pakistan pacer can be seen sitting on a boat holding his daughter with his wife alongside them. While many appreciated the scenic photos, some trolls resorted to moral policing.

People went on to question the character and morals of the Pakistani cricketer and his wife while advising him to cover her face. Some also objected to Samiya's choice of clothes and the way she posed for the pictures with her husband. Some even dragged religion into it and asked Hasan to not show his wife's face to the public.

Also Read: No rest for Virat Kohli & Rohit Sharma, duo likely to be available for T20I series against England - Report 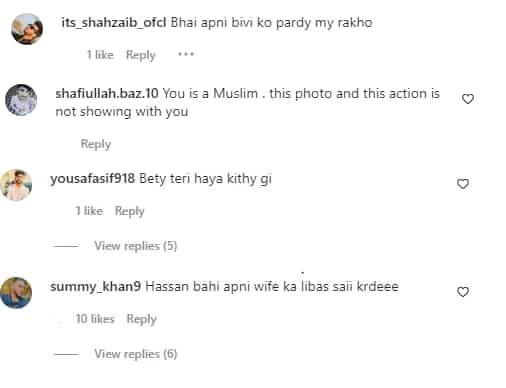 This is not the first time Ali has been troleld on social media for sharing a picture with his wife and has faced abuse and moral policing in the past as well. The Pakistan pacer is currently enjoying his break with the national team not in action. The Pakistan team will be next seen in action when they tour Netherlands for three T20Is in August this year.

Ali was last seen in action during Pakistan's recently-concluded ODI series against West Indies at home. The fast bowler played two matches in the series and returned with two wickets. He has not managed to get a consistent run for the national team in the recent times and will be hoping to get a long run in the side by impressing with his performances.