PAK vs AFG, T20 World Cup 2021 prediction: Who will win today's match between Pakistan and Afghanistan? 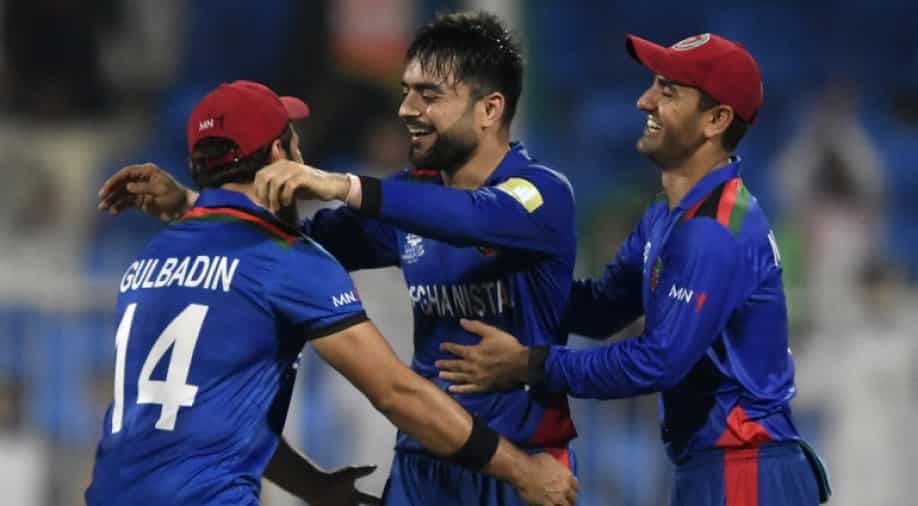 Afghanistan will take on Pakistan in T20 World Cup 2021 on Friday. Photograph:( AFP )

Babar Azam-led Pakistan will be looking to continue their stellar winning run when they take on Afghanistan in their third Super 12 clash in the T20 World Cup 2021 on Friday. Here is our prediction for the Pakistan vs Afghanistan match.

Babar Azam-led Pakistan are on a roll in the ongoing T20 World Cup 2021. They have emerged as one of the strongest sides in the tournament so far with clinical wins in their first two matches in the Super 12. Pakistan kicked off their campaign with a stunning ten-wicket win against arch-rivals India in their opening game before beating New Zealand next.

Pakistan dished out a brilliant performance with the bat and the ball in their opener against India. They bundled out Virat Kohli & Co. for 151 runs before chasing down the target with ten wickets and 13 balls to spare in what was a fairly one-sided contest.

Against New Zealand, Pakistan bowlers continued their heroics as Haris Rauf picked up a four-wicket haul to restrict the Kiwis to 134/8 in 20 overs. Pakistan did stutter in the run-chase but eventually managed to get over the line comfortably to win by five wickets and move to the top of the table with 4 points from two games.

They will be up against an in-form Afghanistan side in their third Super 12 game on Friday (October 29). The match will be played at the Dubai International Stadium in Dubai with Pakistan aiming to continue their winning run against the minnows, who registered a big win against Scotland by 130 runs.

Riding on Najibullah's cracking 589 off 34 balls and crucial knocks from Hazratullah Zazai (44), and Gurbaz (46), Afghanistan tormented the Scotland bowling attack to post 190 runs on the board before bowling the opposition out for a paltry 60 to clinch a massive win.

Spinners Rashid Khan and Mujeeb Ur Rahman spun a web around Scotland with the ball in Sharjah and picked up eight wickets between them to power their side to their first win in the tournament. Afghanistan bowlers will be hoping to repeat their heroics against Pakistan on Friday.