Opinion: Yuvraj & Gambhir – End of road for two greats of the game 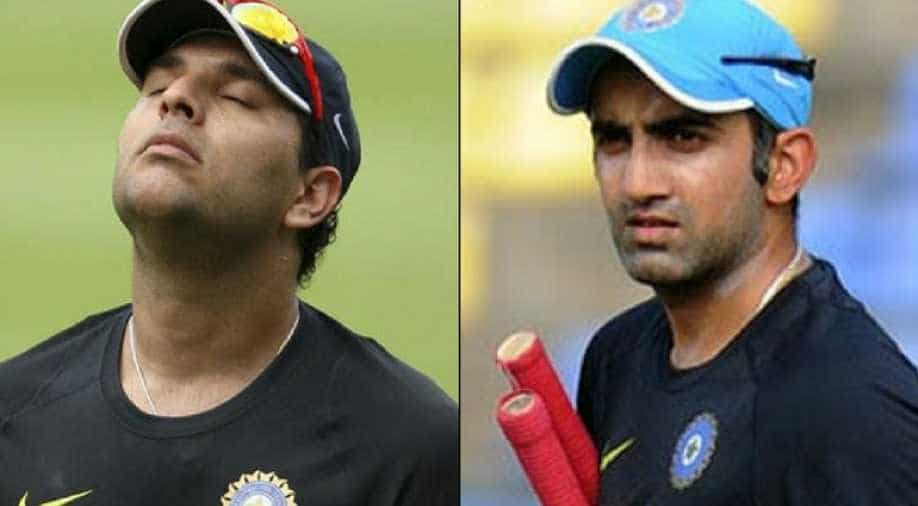 A file photo of Yuvraj Singh and Gautam Gambhir. Photograph:( Others )

For me, there have been two very significant events in the IPL-2018 during this week. First, after a continuous poor show of Delhi's, skipper Gautam Gambhir stepped down from the captaincy of Delhi and moreover, he decided to forgo his fee for the season.

Second, after a dismal show in first few games for Punjab, Yuvraj Singh ultimately lost place in the playing eleven.

Both of these events are significant in a sense that they indicate that curtain is coming down on the career of two of the most prolific T-20 and ODI batsmen the country has produced over the past two decades. Time takes its toll it is inevitable and same thing is happening with these two. Yuvraj made his international debut 18 years back and Gambhir around 15 years back.

These two gave Indian Cricket and it's fan precious reasons to rejoice. Everyone talks about the Dhoni’s shrewd captaincy, Joginder’s last over in T-20 final in 2007 and Dhoni’s valiant 91 and that memorable six over long on to seal the 2011 World Cup for India.

But make no mistake, Yuvraj and Gambhir played the all-important pivotal role in both 2007 & 2011.

In 2007, Yuvraj was like a hurricane. His six 6s in a single over of Stuart Broad is now an epic, once in a lifetime kind of phenomenon. Yuvraj ultimately stole the show from mighty Australians in the semi-final.

His knock of 70 off just 38 runs was decisive and made all the difference. Gambhir on other hand played a key role very subtly in 2007 T-20 World Cup.

He scored two half-centuries at the group stage and then in the final he was the highest scorer for India with a knock of 75 runs. How important that knock was, can be judged by the fact that second highest knock during the innings was 30.

In 2011 World Cup final, Gambhir was again the highest scorer with a knock of 97. As Sehwag and Tendulkar failed at the top of the order, it was Gambhir who anchored one end gave Dhoni a perfect platform to finish the match.

Yuvraj on other hand was brilliant right from the start in 2011 World Cup. He dominated the proceedings both with bat and ball and was adjourned as the player of the tournament.

It is heartbreaking to see the downfall of these two superstars. Apart from above, Yuvraj has been one the most destructive and alluring batsman, India has produced. He was the prominent member of U-19 World Cup winning Indian team in 1999 and scored a whirlwind 84 against Australia in 2000 during his ODI debut.

For Yuvraj, downfall started soon after he was diagnosed with lung cancer. In fact, it was after the final of T-20 World Cup in 2014, it became apparent that Yuvraj would never be the same player again. His 11 off 21 balls virtually costed India match.

In his generation, Gambhir has been one of the finest players against spin bowling. Unlike Yuvraj, Gambhir had a reasonable Test career as well. Though Gambhir's stint for India came to end by 2013 (he made a comeback though in 2016)

It is said that nothing lasts forever. It is now pretty apparent that it is almost end of the road for Yuvraj and Gambhir. It was bound to happen but for fans like me, it is bit disappointing, after these two gave us many reasons for happiness and pride.