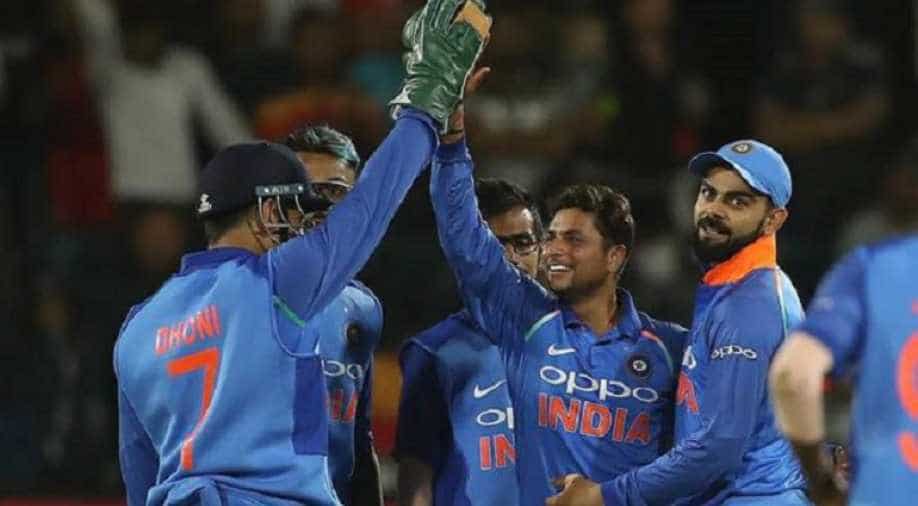 Team India ended their South African tour with a thrilling win in the third and final T20I match at Newlands and with it, also sealed the series 2-1. The team was without its star performers – Virat Kohli and wrist-spin 'twins' Yuzvendra Chahal and Kuldeep Yadav. But stand-in captain Rohit Sharma handled his troops brilliantly to take India to a 7-run win and completed India’s limited overs double whammy.

After having lost the Test series 2-1, Team India have staged a remarkable turnaround to win both the ODI and T20I series and will now leave the South African shores with their heads held high and with hopes of a better tomorrow on future overseas tours.

India was asked to bat first yet again on a slowish sort of a surface and courtesy contrasting 40s from Suresh Raina and Shikhar Dhawan and a cameo at the end by Hardik Pandya, the visitors were able to post a decent 172-7.

It wasn’t a daunting total by any means but the Indian seam bowlers, Bhuvneshwar Kumar and Jasprit Bumrah, began beautifully. They bowled nagging lines and in the first 6 overs, South Africa could only manage 25-1. They were always behind after that and looked certain for a heavy defeat after being reduced to 114-5 in 16.3 overs with all the big names back in the hut. However, a brilliant 49 off 24 balls by debutant Christiaan Jonker pulled things back for the Proteas. He smashed 5 fours and 2 sixes and brought South Africa within striking distance. Despite this stunning effort, however, South Africa could not manage to seal the game as Bumrah and Bhuvneshwar held their nerves to hold the surge. Jonker fell on the last ball of the innings and gave India a famous T20I victory.

What was laudable about India’s performance was that they did not let the intensity dip. On such a long away tour, by the time the last games arrives, the visiting teams generally are so exhausted that they simply go through the motions. But this Indian team has shown that they are different. They have the gumption to fight and never give up, come what may. They showed that in the Test series after losing the first two Tests and coming back hard to clinch the last Test in emphatic fashion.

No one expected India to stage such an incredible performance in the limited overs series to follow. But led by a determined captain Virat Kohli and an exceptional show by the bowlers, India pegged the hosts back and achieved series victories in both the ODIs and the T20Is.

Another thing to note here is that Team India wasn’t even at its best. Their middle-order has some serious issues and needs to be sorted out in earnest. But despite their flaws, India stuck together and played as a complete unit. This holds them in good stead for the 2019 World Cup.

For South Africa, a lot of questions need answering. Their bench strength isn’t strong enough and they are too reliant on their previous stars to bail them out. The selectors and the team management have to work closely together and sort a cohesive plan to brood the team for the World Cup next year.

All in all, this was an entertaining and memorable tour for Team India. Never before has a visiting Indian side to South Africa returned with so much success. Virat Kohli and his men deserve all the accolades coming their way and should pat themselves on the back for this commanding performance.