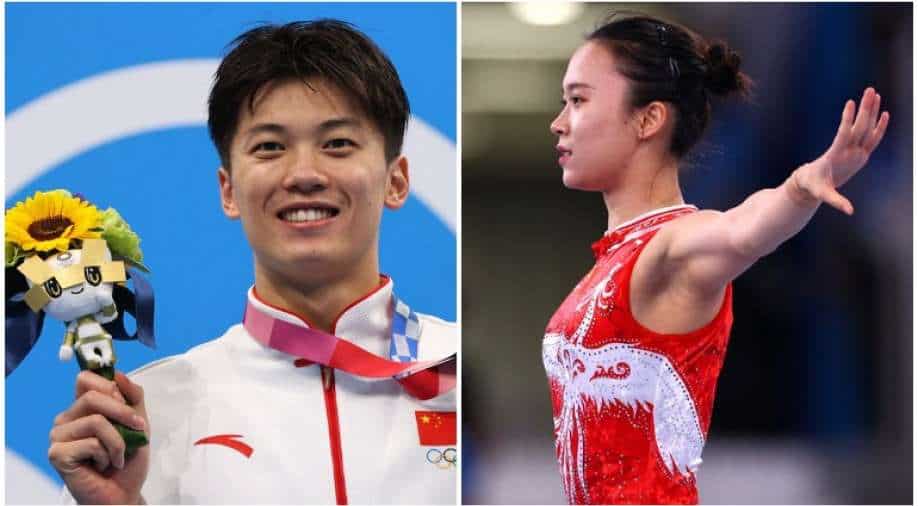 Chinese champions Zhu Xueying and Wang Shun criticised their quality of gold medal which the duo won in the Tokyo Games, early this month.

Tokyo 2020 was a huge hit. The showpiece event was held amid Covid-19 concerns in Japan, however, it was organised successfully with many athletes going onto make a name for themselves with emphatic performances in different spots. From the Chinese contingent, Zhu Xueying and Wang Shun, who won gold medals in their respective events, however expressed their displeasure over the poor quality of gold medals they won in the marquee event.

In a bizarre turn of events, the 23-year-old trampoline gymnast Xueying, who won the women's individual event at the Olympic Games with a score of 56.635, posted as many as three photos of her gold medal on the social media platform Weibo that exposed an obvious peeled off deformity on the top left side, after earning the prestigious medal in Tokyo early this month.

As per the Global Times, the Tokyo Olympic Committee responded by saying that the deformity was likely the result of a protective coating peeling and “Even if you remove the coating, it does not directly affect the medals’ quality”.

On the evening of August 23rd, Olympic champion Zhu Xueying sent a message to Weibo, saying that her Olympic gold medal had lost a layer of skin, and the upper left had mottled visible to the naked eye. pic.twitter.com/gDPBga7rkt

On the other hand, swimmer Wang Shun -- who won gold in the 200-metre individual medley for China -- also had a similar issue and informed a reporter that his medal was peeling. Nonetheless, Xueying's post went viral in no time and she later clarified that her intention was to only enquire if the other athletes had a similar experience or not.

She clarified, in a video posted on August 24, saying, "I didn't mean to peel the thing off at first, I just discovered that there was a small mark (like pic one) on my medal. I thought that it was probably just dirt, so then I tried to scratch it with my nails and found that it ‘peeled off."

In Tokyo 2020, USA and China ended at the first two spots, respectively, whereas the likes of Japan, Great Britain and Russian Olympic Committee (ROC) followed suit in the top five. At present, the Paralympics is underway in Tokyo, Japan.