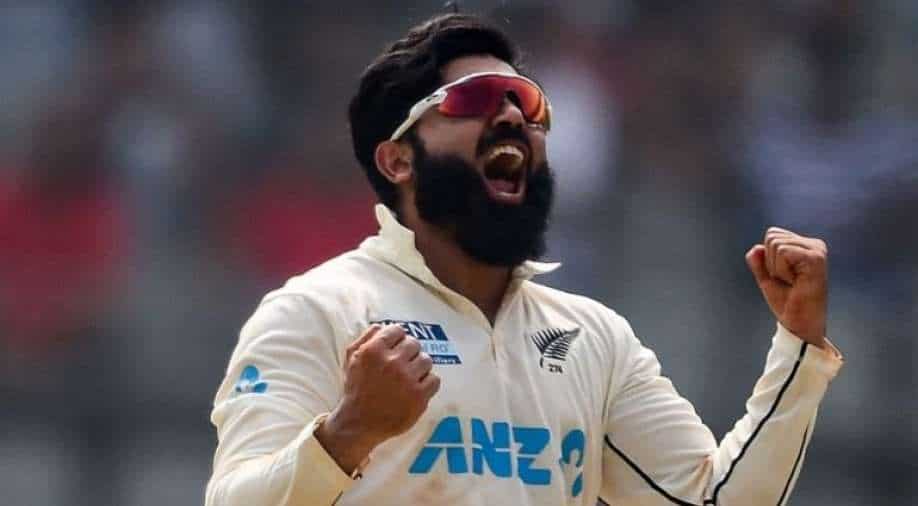 For the first time, Tom Latham will lead the squad for a complete series in lieu of Kane Williamson, who experienced a recurrence of an elbow injury in India and will miss both Tests.

Bowler Ajaz Patel's record performance of taking ten wickets in a Test innings did not guarantee him a spot in New Zealand's squad for a home series against Bangladesh.

Off-spinner Patel became only the third player in Test history to take a ten-fer when he returned with 10-119 in the Mumbai Test against India early this month. England's Jim Laker and India's Anil Kumble are the other two bowlers to take all ten wickets in an innings. However, he was left out of New Zealand's 13-man team for a two-Test series against Bangladesh, which begins on January 1.

"You do feel for Ajaz after his record-breaking display in India," coach Gary Stead stated in a statement. "However, we've always applied a horses-for-courses selection policy and believe the players selected best fit the way we want to take on Bangladesh here at home," he added.

ALSO READ: With no Rohit Sharma, there will be pressure on Virat Kohli, reckons former SA spinner ahead of Centurion Test

For the first time, Tom Latham will lead the squad for a complete series in lieu of Kane Williamson, who experienced a recurrence of an elbow injury in India and will miss both tests.

"It's obviously disappointing not to have Kane available for this series but, as we noted in India, he is undergoing a sustained period of rest followed by rehabilitation, strengthening and gradual batting loading," Stead said.

"We have every confidence in Tom leading the side. He's done an excellent job in the past when called upon," he further added.

Trent Boult, Tim Southee, Kyle Jamieson, Neil Wagner, and Matt Henry are among the fast bowlers in the team, along with medium pace all-rounder Daryl Mitchell and only one spin option, all-rounder Rachin Ravindra.

"We feel having both Rachin and Daryl in the squad gives us a nice balance and the ability to pick a side best suited to the conditions we expect," New Zealand coach Gary Stead said.

The Tests will be played at Mount Maunganui's Bay Oval and Christchurch's Hagley Oval, both of which are likely to suit faster bowlers.

Devon Conway returns to the side after missing the 1-0 series loss in India due to a broken hand caused after he slammed his bat in anger during the 2021 T20 World Cup semi-final clash versus England.

The series begins on New Year's Day at Bay Oval and will be New Zealand's first home Test since winning the World Test Championship, defeating India in England in mid-June 2021.

Since their previous defeat, a 1-0 setback to South Africa in March 2017, the Black Caps have gone undefeated in eight home Test series.