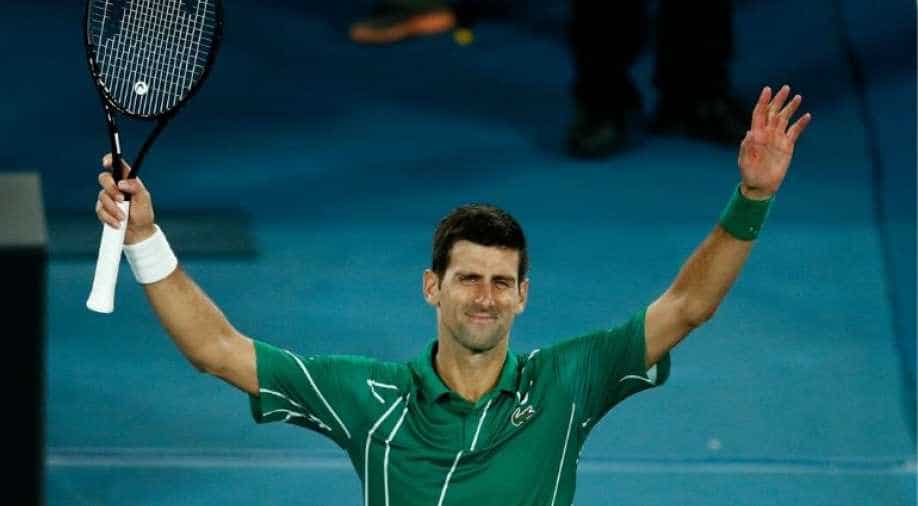 The floodlit match with Raonic, one of the tour's most vexing servers, against one of its most brilliant returners had promised, at the least, an intriguing clash of styles.

Defending champion Novak Djokovic set up a semi-final showdown with 'Big Three' rival Roger Federer at the Australian Open on Tuesday with a thumping 6-4 6-3 7-6(1) victory over Canada's hapless Milos Raonic.

Serbian sensation 🇷🇸@DjokerNole def. Milos Raonic 6-4 6-3 7-6(1) to advance to his eighth #AusOpen semifinal, where he will meet Roger Federer for the 50th time. #AO2020 pic.twitter.com/ElT6H9jDAE

Federer had saved seven match points in a five-set thriller with American battler Tennys Sandgren only hours before but there was no such luck of a second successive belter for the fans at Rod Laver Arena, with Djokovic at his ruthless best.

The crowd will hope for a better show on Thursday, when second seed Djokovic renews his Grand Slam rivalry with Federer, six months after fighting off match points to beat the Swiss in Wimbledon's longest ever final.

"I hope I get to at least one match point in a few days," Djokovic, who hold a 26-23 edge over Federer, quipped on court after downing Raonic.

"Obviously (I have) tremendous respect for Roger, everything he has achieved in the sport -- definitely one of the all-time greats.

The floodlit match with Raonic, one of the tour's most vexing servers, against one of its most brilliant returners had promised, at the least, an intriguing clash of styles.

Yet, barring a third set lull for Djokovic as he struggled with his contact lenses, it was a stroll for the second seeded Serb who dismantled the Canadian's power game to book the eighth semi-final at his Melbourne Park fortress.