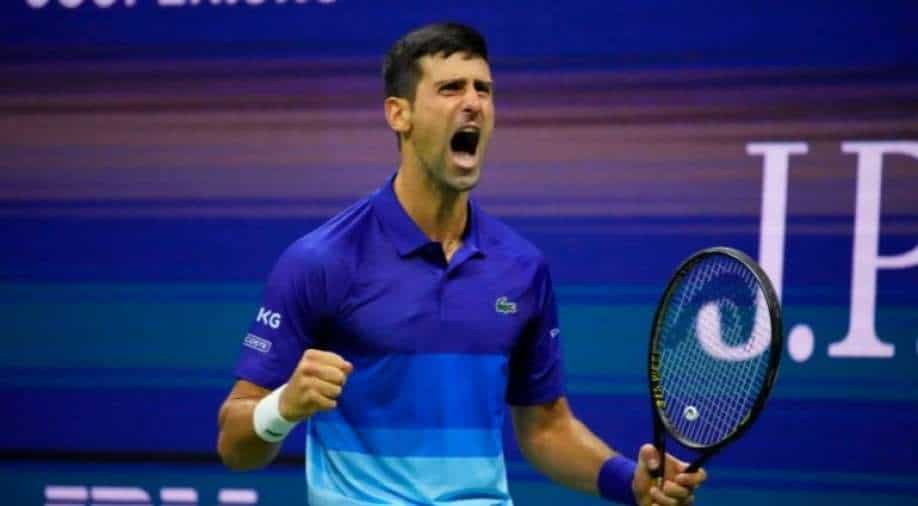 World no.1 Novak Djokovic has refused to reveal his COVID-19 vaccination status casting doubts over his participation in the upcoming Australian Open.

World no.1 Novak Djokovic continues to maintain secrecy over his COVID-19 vaccination status as dark clouds hover over his participation in the Australian Open next year. The Australian Open is all set to be the first Grand Slam of the 2022 season and will get underway in Melbourne on January 17.

Defending champions Djokovic will be entering the tournament as the top seed but he has not confirmed his participation yet owing to the COVID-19 vaccination rules for the players. While the organisers are yet to release an official statement confirming if unvaccinated players will be allowed to take part in the competition, Djokovic has remained tight-lipped on his vaccination status.

Djokovic had faced the heat earlier when he had said he was against taking the COVID-19 vaccine despite having contracted the infection before. The world no.1 said he will be taking the final call after the officials at the Australian Open have announced the rules regarding the vaccination of the players for participation.

“Well, I’m going to decide on whether I go to Australia or not after I see the official statement from Tennis Australia,” Djokovic said ahead of his Paris Masters opener.

“Right now, we don’t have any official announcement or statement. So until that’s out, I won’t be talking about this anymore, because I don’t want to be part of the stories about the assumptions and what-ifs.

“When official condition requirements to travel to Australia and play in Australia are out, then obviously I’ll see what I personally do with that, and also the bigger group of the players, you know, because the situation is obviously different in Australia than most parts of the world," he added.

Djokovic is not the only among top payers who have cast doubts over their Australian Open participation as world number two Daniil Medvedev has also refused to share his vaccination status. “I am willing to play in Australia, but I won't say if you will see me there in January," Medvedev recently told reporters.

Also Read: Gambhir takes a dig at Virat Kohli: Reacting to everything doesn't mean you are more passionate

Earlier in October, Australia's Minister for Immigration, Alex Hawke had said Djokovic will not be allowed to defend his title at the Australian Open unless he is fully vaccinated.