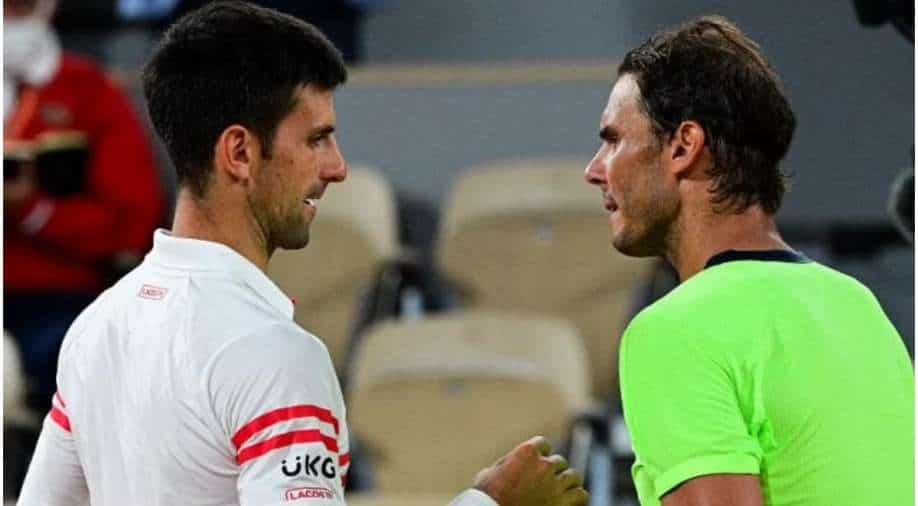 Defending champion Novak Djokovic and 13-times winner Rafael Nadal are on a quarter-final collision course at the French Open following the draw on Thursday. World number one Djokovic, back on the Grand Slam scene after being deported from Melbourne ahead of the Australian Open following his decision not to have a COVID-19 vaccination, will start his campaign against Japan`s Yoshihito Nishioka.

He was drawn in the toughest half of the draw with Nadal as well as in-form Spanish teenager Carlos Alcaraz and world number three Alexander Zverev, who could clash in the last eight. The French Open will operate at full capacity for the first time in three years after the last two tournaments were disrupted by the COVID-19 pandemic. "It`s amazing to see all the fans who have already come here for the qualifications," said Djokovic, who attended the draw ceremony at Roland Garros.

In the lower part of the draw, last year`s runner-up Stefanos Tsitsipas faces a tricky first-round match against Italian Lorenzo Musetti, who last year took Djokovic to five sets in the fourth round. World number two Daniil Medvedev could take on compatriot Andrey Rublev in the quarter-finals as Russian players have been allowed to compete despite their country`s invasion of Ukraine.

Wimbledon organisers have decided to ban Russian and Belarusian players from taking part in the grasscourt Grand Slam this year. In the women`s draw, hot favourite Iga Swiatek, looking to secure her second French Open title in three years, could face former champion Jelena Ostapenko in the last 16.
Ostapenko was the last player to beat the Polish world number one before she started her 28-match unbeaten streak, winning five titles before the start of the French Open on Sunday.

Defending champion Barbora Krejcikova is on a last-16 collision course with former world number one Victoria Azarenka in the lower part of the draw. Naomi Osaka, who withdrew from the tournament last year after skipping her media duties and citing mental health issues, has been drawn to face American Amanda Anisimova, the 27th seed.