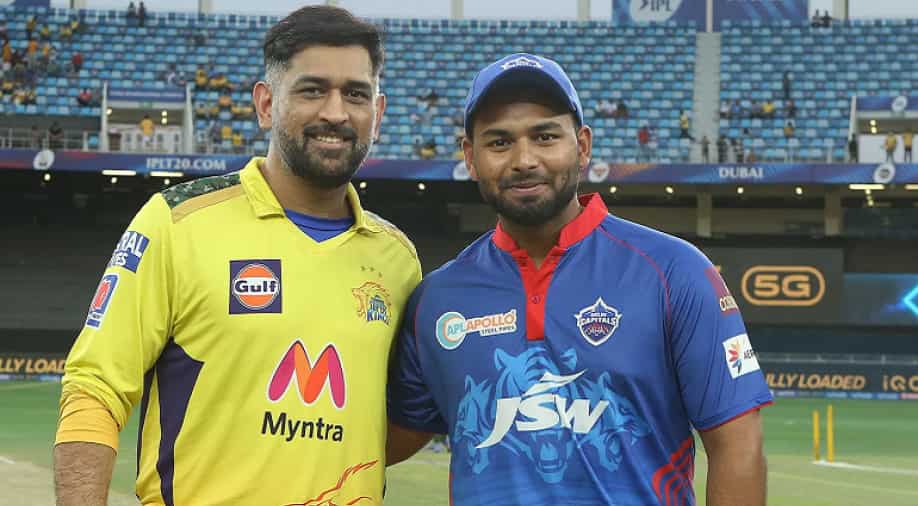 Delhi Capitals hilariously trolled Chennai Super Kings on Twitter as MS Dhoni & Co. bought back some of their old players at IPL 2022 mega auction on Saturday.

Chennai Super Kings (CSK) had a pretty quiet day at the Indian Premier League (IPL) mega auction on Saturday as the franchise remained content by focusing on buying their old players back. CSK went after a host of their former players and managed to get them back on day 1 of the IPL 2022 mega auction in Bengaluru.

A lot of eyes were on CSK ahead of the start of the mega auction as they were expected to revamp their squad ahead of the start of the new season. However, the four-time champions once again showed faith in experience over youth as they bought back Robin Uthappa and West Indies all-rounder Dwayne Bravo for a sum of Rs 2 crore (INR 20 million) and Rs 4.4 crore (INR 440 million) respectively.

CSK then managed to bring back experienced Indian batter Ambati Rayudu, who was released by the franchise ahead of the mega auction. CSK spent Rs 6.75 crore (INR 67.5 million) to secure Rayudu's services for the upcoming season. CSK then went on to make Indian pacer Deepak Chahar their most expensive signing in IPL history.

Chahar, who has been an integral part of the CSK setup since joining the side in 2018, saw his price rise from his base price of Rs 2 crore to a whopping Rs 14 crore (INR 140 million) at the mega auction. CSK beat the likes of Rajasthan Royals and Sunrisers Hyderabad to the signing of Chahar.

As CSK kept going after their former players and managed to get them back, Delhi Capitals (DC) came up with a hilarious tweet to troll the four-time IPL champions. DC shared a Bollywood inspired meme to take a dig at CSK. "Kuch bhi nahi badla yar aaj bhi sab kuch waise ka waisa hi hai (Nothing has changed mate, everything is still the same)," read the meme.

CSK have so far managed to buy Uthappa, Bravo, Rayudu and Chahar at the IPL 2022 mega auction and have a lot of work to do in order to build a strong squad for the upcoming season. They had retained captain MS Dhoni, all-rounder Ravindra Jadeja, Ruturaj Gaikwad and Moeen Ali ahead of the mega auction.