Not Hardik Pandya or KL Rahul! Michael Vaughan names IPL captain who has impressed with his calmness 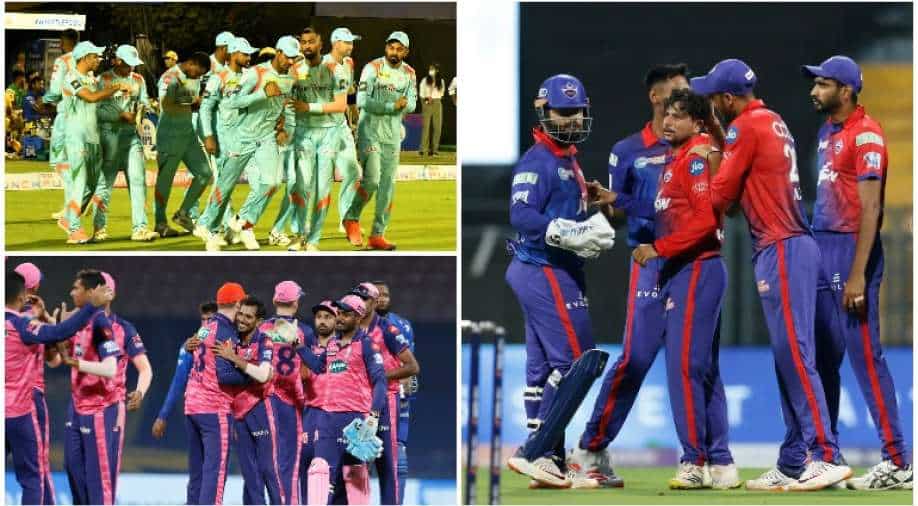 Michael Vaughan names IPL captain who has impressed with his calmness (Photo IPL/BCCI) Photograph:( Others )

Not Hardik Pandya or KL Rahul! Former England skipper Michael Vaughan has named IPL captain who has impressed with his calmness.

IPL 2022 has been a big hit so far. This year has seen plenty of new captains in the form of Ravindra Jadeja, Mayank Agarwal, Hardik Pandya, Faf du Plessis along with some other young and inexperienced leaders such as Shreyas Iyer, KL Rahul, Sanju Samson, Rishabh Pant along with proven ones including Rohit Sharma and Kane Williamson.

Among the debutant and inexperienced captains, Hardik Pandya, KL Rahul and Sanju Samson have managed to lead their respective franchises reasonably well and, thus, the three teams are in the top-4 in the points table after match 31. However, former England captain Micheal Vaughan has been impressed with Rishabh Pant's calmness while leading an inconsistent Delhi Capitals (DC).

ALSO READ | IPL 2022: DC's game vs PBKS to go ahead despite COVID-19 scare, RR clash shifted from Pune to Mumbai

Speaking about the DC camp, Vaughan said, "That opening combination is such a key part of the Delhi method, Prithvi Shaw and David Warner coming out and opening aggressively. And then the skipper himself who is settling into the job quite nicely. I have been impressed by Rishabh's captaincy, he has been a lot calmer than I thought he would be. I thought he would be a bit excited but really impressed by his calmness."

Pant has amassed 144 runs in five outings, at a strike-rate of 146.93. In addition, he has not been bogged down in terms of body language and captaincy approach despite DC's barren run in the 15th season.

Dwelling on DC's poor run, where they have won only one of their last four games, Vaughan said, "You are just desperate when you need to win a match for one of your better players to show up and do something special. I think Ricky will be telling the team collectively to play smart but he will also be going to bed thinking, 'come on Davey' or 'come on Prithvi'. Just one of you get off to a flying start, get a century and that pretty much does the trick in T20 cricket."

The Covid-hit DC camp are facing Punjab Kings (PBKS) in match 32 of IPL 2022 edition on Wednesday evening (April 20). They will next lock horns with Rajasthan Royals (RR) in match 34, at Wankhede Stadium, Mumbai, on Friday (April 22). Currently, they occupy the eighth position in the points table with two wins from five encounters.