No David Warner! Jos Buttler, Md. Rizwan and two others nominated for ICC T20 Player of the Year award 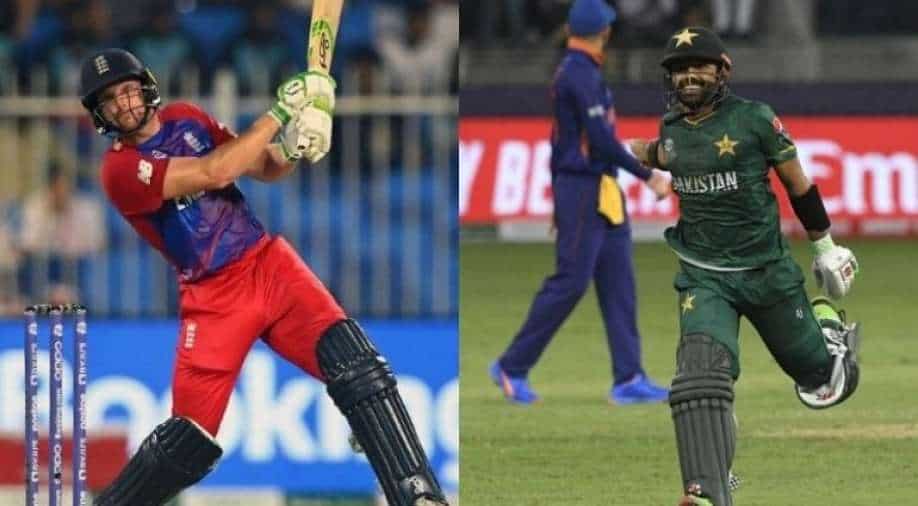 The ICC Awards 2021 will recognise the outstanding achievements and feats in cricket over the past year.

The International Cricket Council (ICC) on Wednesday announced Jos Buttler, Wanindu Hasaranga, Mitchell Marsh and Mohammad Rizwan as the four nominees for the Men's T20 Cricket of the Year Award.

The ICC Awards 2021 will recognise the outstanding achievements and feats in cricket over the past year.

Pakistan wicket-keeper batter Mohammad Rizwan ruled the roost in 2021 when it came to the shortest format of the game. Aggregating a staggering 1,326 runs in only 29 matches, Rizwan struck at an average of 73.66 and a strike rate of 134.89.

Apart from his exploits with the bat, he was as solid as ever behind the stumps, playing a key role in Pakistan's run to the semis during the ICC Men`s T20 World Cup 2021, where he ended up as the third-highest run-scorer.

Coming to the Sri Lankan cricketer, it was a breakthrough year for Wanindu Hasaranga, who established himself as one of the best spinners in the shortest format while also being a player who could contribute with the bat.

A consistent performer throughout the year, Hasaranga's star shone the brightest during the T20 World Cup in UAE and Oman.

He ended the tournament as the leading wicket-taker with 16 scalps and also played some handy knocks with the bat, like his 71 against Ireland. He was a constant menace for the opposition as Sri Lanka impressed one and all during the tournament with their young and energetic side.

Australia's success at the T20 World Cup can be traced back to the decision to move Mitchell Marsh up the batting order to No.3, instead of designating him the role of being a finisher lower down.

Throughout the calendar year, he was their best batter in the shortest format, improving his game by leaps and bounds, especially against spin and when it came to rotating the strike.

He was the silver lining in Australia's poor showings in West Indies and Bangladesh batting higher up the order. Heading into the tournament in UAE and Oman, he was in supreme confidence after his good displays and improved fitness.

This led to a fruitful tournament as he aggregated 185 runs in 6 matches at an average of 61.66 and a healthy strike rate of 146.82. He would reserve the best for the last, playing a match-winning knock in the final against New Zealand.

England wicket-keeper Jos Buttler started the year brilliantly with two blistering knocks against India away from home. He would continue this run in the subsequent series against Sri Lanka and Pakistan, despite not playing all the matches. This boded well for England as their key batter was in sublime touch heading into the T20 World Cup.

He did not disappoint in the tournament, always getting his side off to brilliant starts. His two best knocks came in consecutive matches - first against age-old rivals Australia and then against Sri Lanka who faced his full wrath.

He ended the tournament as England`s leading run-scorer with 269 runs, as their run would be ended by New Zealand in the semi-finals in a nail-biting thriller.