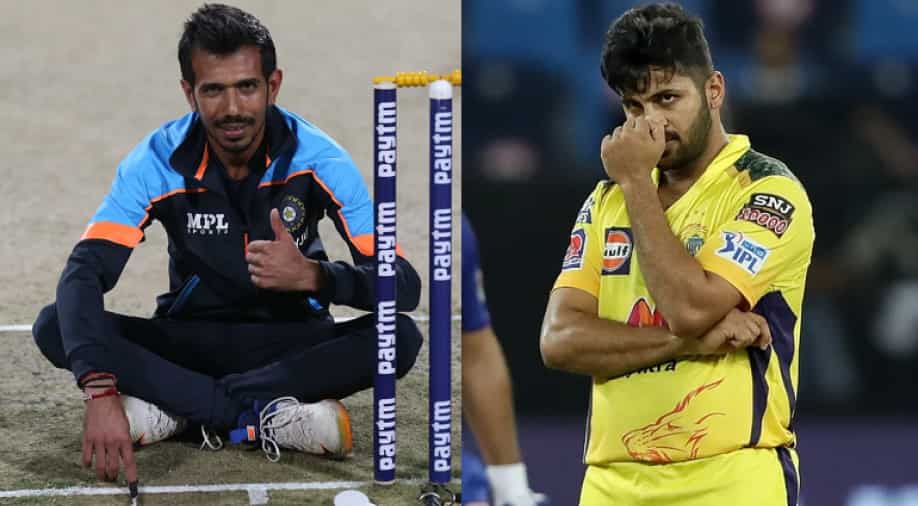 The countdown for the Indian Premier League (IPL) 2022 mega auction has already started with the event set to be staged in Bengaluru next month. The IPL mega auction is all set to be a grand affair this time around with ten teams in the fray. A number of top players will go under the hammer during the mega event as the teams aim to build strong squads.

The IPL fever has also reached the Indian dressing as Indian players were recently seen talking about the upcoming mega auction in a video that has gone viral on social media. In the video, Yuzvendra Chahal can be seen hilariously pulling his India teammate Shardul Thakur's leg over his IPL valuation ahead of the auction.

In the viral video, Shardul and Chahal can be seen hanging out with the likes of KL Rahul and Shreyas Iyer. Shardul can be heard Rahul, who is set to captain Lucknow Super Giants next season if they have kept a specified budget for the Indian pacer. Chahal responds by stating that there is no budget for 'the lord' referring to his famous nickname on social media.

"Aap logo ka budget kitna hai mere liye?" (What is your (Lucknow Super Giants) budget for me?) Shardul can be heard asking Rahul. "Base price," responds Rahul before Chahal says - "Bhagwan ke liye budget nahi hota bro" (There is no budget for the lord brother).

Also Read: 'Sachin would have made 1 lakh runs': Shoaib Akhtar slams ICC for extra leverage to batters in current era

Shardul was given the nickname - 'Lord' by the fans of the Indian cricket team after his heroics in India's Test series against Australia Down Under. Shardul had played only the last Test of the Border Gavaskar Trophy 2020-21 at the Gabba where his all-round heroics helped India breach Australia's fortress.

Shardul had picked up seven wickets and scored a half-century as India won the game by three wickets to clinch their second successive Test series win in Australia. Shardul was part of the Chennai Super Kings' squad last season and played an instrumental role in their success.

However, he was released by the franchise ahead of the mega auction and might find a new team to play for ahead of the next season.