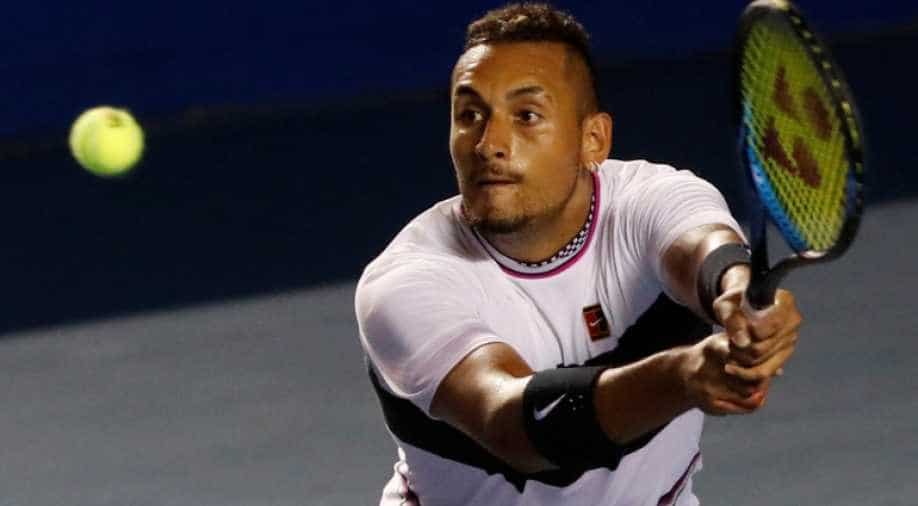 Kyrgios and Zverev have shared the spoils of their previous six meetings with three victories each, however, Zverev won their previous two matches last year.

Nick Kyrgios scripted his third major victory of the week on Friday when he defeated John Isner 7-5, 5-7, 7-6(7) to set up a showdown against Alexander Zverev in the final of the Acapulco International in Mexico.

The 23-year-old Australian followed victories over multiple grand slam winners Stan Wawrinka and Rafa Nadal with a hard-fought win over Isner, the American who sits 63 places above him in the world rankings.

Breakpoints and chances were few and far between in sultry conditions on Mexico's Pacific coast with each player struggling to find that little bit extra.

Isner won more points on serve and return overall but the temperamental Aussie came through when it mattered, particularly in the third set tiebreak, which he finished with a masterful drop shot from the baseline.

He will next meet world number three Zverev, who beat Briton Cameron Norrie 7-6(0), 6-3 in the earlier semi-final.

Zverev, who has won nine ATP titles in the last two years, was just too good for the 23-year old Briton and at one stage won 24 of the 30 points on offer.

The German, 21, has not lost a set all week in an impressive charge towards the final, his first of 2019.

"It was very tough. It was pretty windy out here, not easy conditions, and his game actually I think fits the wind quite well, so it was not easy," Zverev said.

Kyrgios and Zverev have shared the spoils of their previous six meetings with three victories each, however, Zverev won their previous two matches last year.