Neymar should bid farewell to his Brazilian parties if he wants Barca return: Jordi Mestre 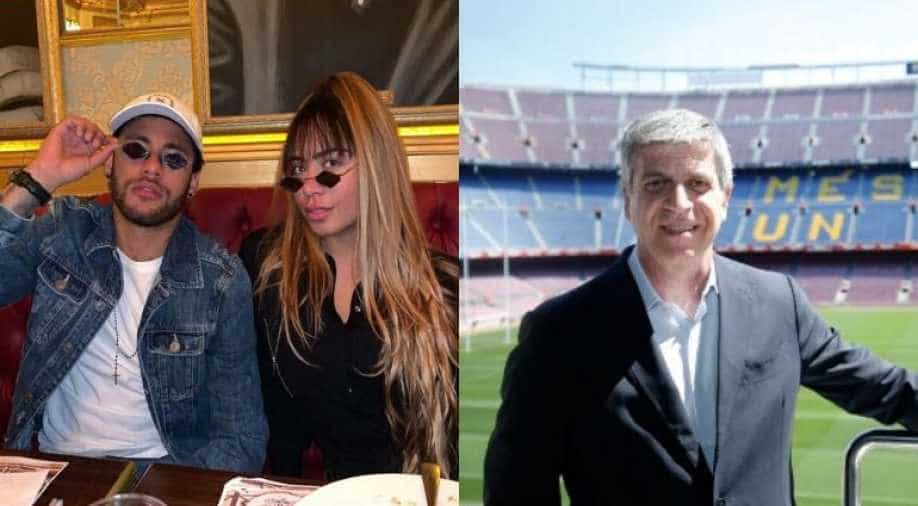 Neymar and his sister Rafealla and Jordi Mestre Photograph:( Agencies )

He has missed 60 games for the Paris side due to the injury since his arrival in 2017. That's 76 matches played and 60 matches missed.

The ex-Barcelona vice-president feels the Brazilian star's signing will help the team but will also impose a lot of conditions on the player.

Jordi Mestre said that the young footballer should forget his excuses for missing out games for his lavish birthday parties in Brazil if he gets transferred to Camp Nou. Jordi Mestre resigned from the team in July.

According to Jordi Mestre a lot of conditions might be put on the Brazilian forward following his return: "On sporting terms, he could come back but on a series of conditions. Firstly, PSG have to agree, then he would have to withdraw his lawsuit and acknowledge that he was in the wrong and after that, all the birthday parties in Brazil would have to stop."

Happy birthday to me 🤙🏽🤪 thank for everything my God ❤️🙏🏽 #Njr28 pic.twitter.com/GeqzdhfIJW

The PSG star was recently ruled of the play due to an injury, interestingly this injury was struck some days around his birthday. He has skipped a fixture which fell on his birthday, three times in a row now.

All due to the same 'injury' problem. He has missed 60 games for the Paris side due to the injury since his arrival in 2017. That's 76 matches played and 60 matches missed. This has angered PSG's top brass level. He had also been in news last year for missing out a fixture because of his sister Rafaella's birthday for the fifth time in a row. The last match he played for PSG was on February 2 against Montpellier.

Neymar's return to Camp Nou has made rounds for quite some time. The PSG star joined his current French club after signing a record $242 million fee from the Catalonia Giants in 2017, but during the off-season, the 28-year-old Brazilian wanted out from the Paris Saint Germain.

Though the deal was not materialised the rumours have not rested as of now.

Barcelona are currently second to their arch-rivals Real Madrid in the La Liga points table, Lionel Messi has been doing all the goal-scoring for the team after Luis Suarez's injury. Neymar's signing could help Barca return to its glorious period of 'MSN' (Messi, Suarez, Neymar).