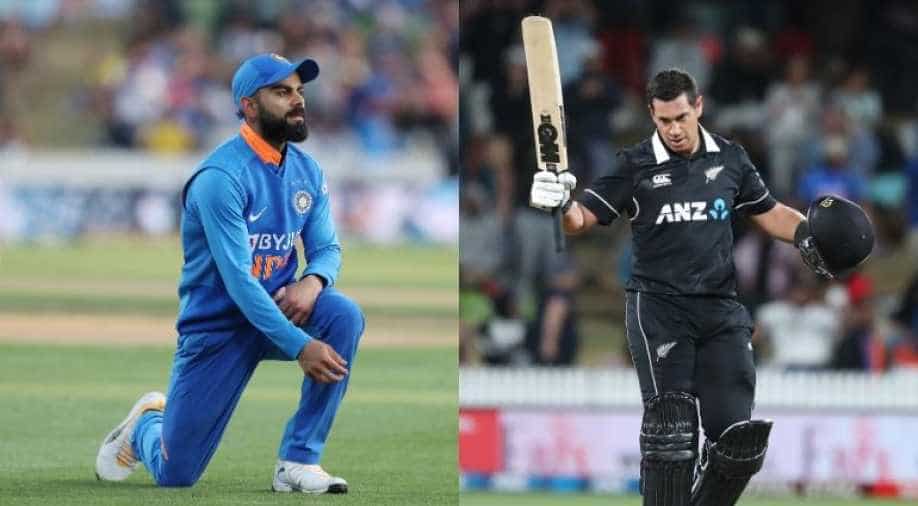 New Zealand get their first win of the tour against India, they beat the visitors by 4 wickets. The Blackcaps chased India's mammoth score (347 runs) with 11 balls to spare.

India began their first ODI match with a change in the opening pair, many people were surprised when Indian Skipper Virat Kohli decided to send Mayank Agarwal along Prithvi Shaw, instead of KL Rahul.

The opening pair were debuting for India. They had a decent opening partnership of 50 runs until Prithvi Shaw got out (20 runs off 21 balls). He was followed by Mayank Agarwal, who scored 32 runs off 31 balls.

Virat Kohli and Shreyas Iyer took the team forward and had a 102 runs partnership. Virat scored 51 runs, whereas Shreyas Iyer scored his maiden ODI century for team India. He scored 103 runs in 107 balls.

In reply the Kiwis came down to bat with Henry Nicholls and Martin Guptill, New Zealand started off well as the opening pair added 85 runs to the wicket.

Ross Taylor scored his 21st ODI century in the match. This was his 12th in New Zealand, 3rd against India and 4th in Seddon Park, Hamilton.

Kiwi skipper Tom Latham ensured that his role as a skipper was given to him for a reason, he scored 69 runs off 48 balls which included 8 fours and 2 sixes.

Ross Taylor has been judged the 'Man of the Match' after his performance versus India today.

They next meet in Auckland on February 8.