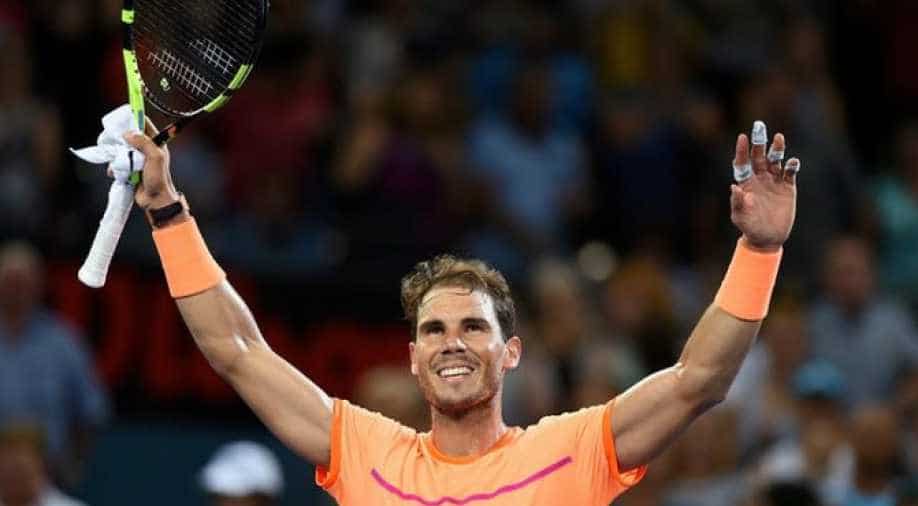 Tennis star Rafael Nadal said the emergence of a new generation is just what tennis needs, while welcoming back old foe Roger Federer to help him keep them at bay.

The Spanish great, a 14-time Grand Slam champion, is on the comeback trail after his 2016 season was ruined by a wrist problem which has seen him slip to nine in the world. Swiss great Federer is also easing his way back after six months out with a knee injury, with both of them keen to return to winning ways at the big tournaments.

They will have their work cut out at the opening Grand Slam of the year at Melbourne Park next week with not just Andy Murray and Novak Djokovic to contend with but an emerging new breed. Leading the pack are the likes of Austria's Dominic Thiem, Germany's Alex Zverev and Australia's Nick Kyrgios.

Nadal, 30, said it was good for the game to see younger players starting to make their mark. "These guys are doing well," he said in The Australian newspaper.

"It's great to have a new generation of fantastic players there and that's good for tennis. Tennis needs it. People sometimes get bored to see the same players all the time."

While excited by the young guns, Nadal is not yet ready to hand over the baton, believing he can still compete at the top level despite the last of his major titles coming at the French Open in 2014. The Spanish star he is pleased to see Federer, 35, also back in the fold and playing well.

"The good thing is that Roger is back on tour after probably his first important injury," Nadal said. "That`s tough but he looks great. He`s played some good matches there in Perth at the Hopman Cup so I'm very happy for him."

After opening his season in Doha for seven of the past eight years, Nadal instead opted this year to begin at the Brisbane International in a bid to better adapt to Australian conditions. But he lost in the quarter-finals last week to big-serving Milos Raonic.

Nadal admitted he may not hit his best form until later in the year. "I think that I had a great off-season so I am excited about these next few months," he said.

"You cannot say something about how Roger is, how I am, in just two weeks. In Melbourne anything could happen, but I give myself a little bit more time, three months, and after Miami, let's see how I am," he added, referring to the Miami Open.