Never thought I would get to play another Test for India: KL Rahul on being appointed as vice-captain 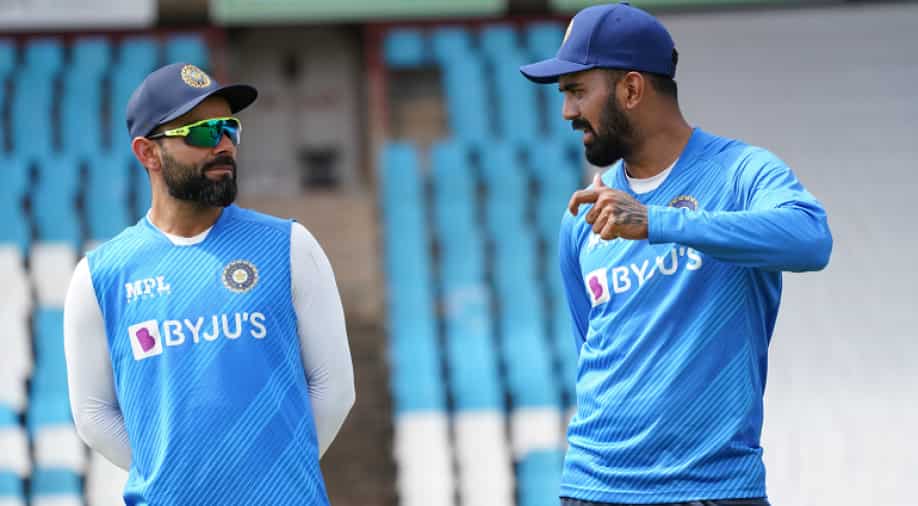 KL Rahul, who has been appointed as the vice-captain of the Indian team for the upcoming Test series against South Africa, revealed why he thought his Test career was all but over around a year back.

From failing to cement his spot in the Indian Test team during their tour of Australia in 2020-21 to being named the vice-captain of the side for the upcoming Test series against South Africa, KL Rahul has managed to script a remarkable turnaround in his Test career. Rahul was behind Rishabh Pant in the pecking order as a wicket-keeper batter while Shubman Gill, Rohit Sharma and Mayank Agarwal were competing for the opening slots.

Rahul had to return home due to an injury after missing the first two Tests on the Australia tour in 2020-21. However, he made a strong comeback on India's tour of England with 315 runs in four matches to force his way back in the team. He was named India's vice-captain for the South Africa Tests after Rohit Sharma picked up a hamstring injury ahead of the tour.

Rohit had replaced Ajinkya Rahane as India's vice-captain permanently in the longest format. Rahul recently opened up on his rise and the feeling of being handed over the Test captaincy ahead of an important series. The stylish right-hand batter said, around a year back, he was not even sure if he would ever play Test cricket for India again.

"Before 6-7 months or a year ago, I never thought I would get to play Test cricket again. Things changed quickly and I am very happy and grateful for such a huge responsibility is given to me as vice-captain for this tour. I am looking forward to giving my best," Rahul told his best friend and Indian teammate Mayank Agarwal in an interview for BCCI.TV.

India will square off against South Africa in the first Test in Centurion - a Boxing Day game that gets underway on December 26. The Boxing Day Test will mark the commencement of the three-match series between the two sides. When asked about Boxing Day games, Rahul said he has not had great luck in them as he recalled his debut.

Rahul had made his Test debut in a Boxing Day Test against Australia back in 2014 and did not do well as he was dismissed for 3 and 1 in the two innings respectively. On India's tour of Australia in 2018-19, he was dropped for the Boxing Day Test after failing to perform in the first two games in the series.

"I have bitter-sweet memories from Boxing Day. I debuted on a Boxing Day Test in Australia, but that did not go well. I lost my position again. I felt that's the end for me. I think I have become more balanced in my approach to the game. I have changed a lot from how I used to play in 2014 when I made my debut and in 2018," said Rahul.