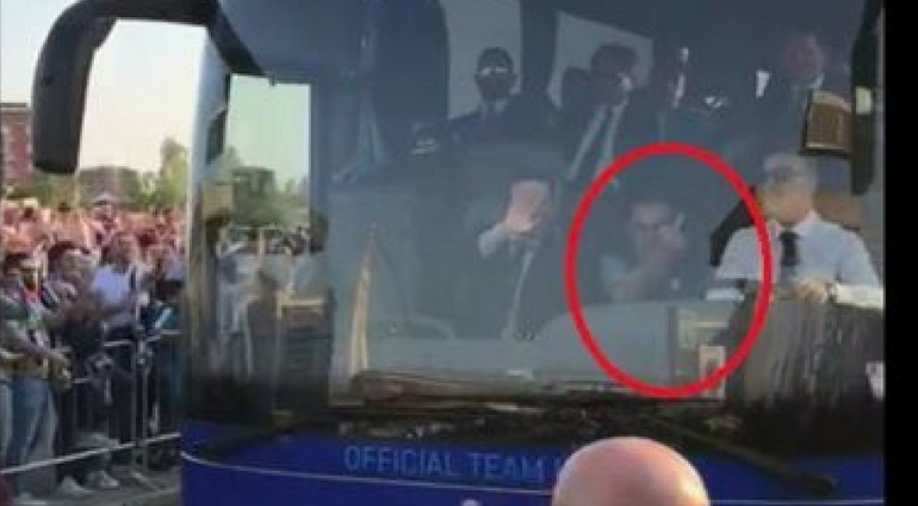 Napoli manager Maurizio Sarri was captured showing the "middle finger" to Juventus fans ahead of Napoli and Juventus clash on Sunday.

When the team bus of Napoli arrived at the Allianz Arena in Munich it was surrounded by Juventus fans and a group of people who allegedly spit on Nalopi team bus.

"I replied to a group of people who were spitting at the bus and insulting us for being Neapolitan," said Napoli manager Maurizio Sarri on the alleged unethical behaviour.

He also mentioned that, "I would never make a gesture like that towards anyone for being a Juventus fan."

"The vast majority of Juventus fans are wonderful people and there was one in our hotel who we had a good laugh and joke with."

Napoli coach Maurizio Sarri showing his middle finger to the Juventus fans who were insulting him ?pic.twitter.com/t7LSdBzwQJ

After winning the match 1-0 to Juventus, Sarri said that he replied to a group of people who were spitting and insulting the Napoli team. He also mentioned that he was not targeting Juve fans.