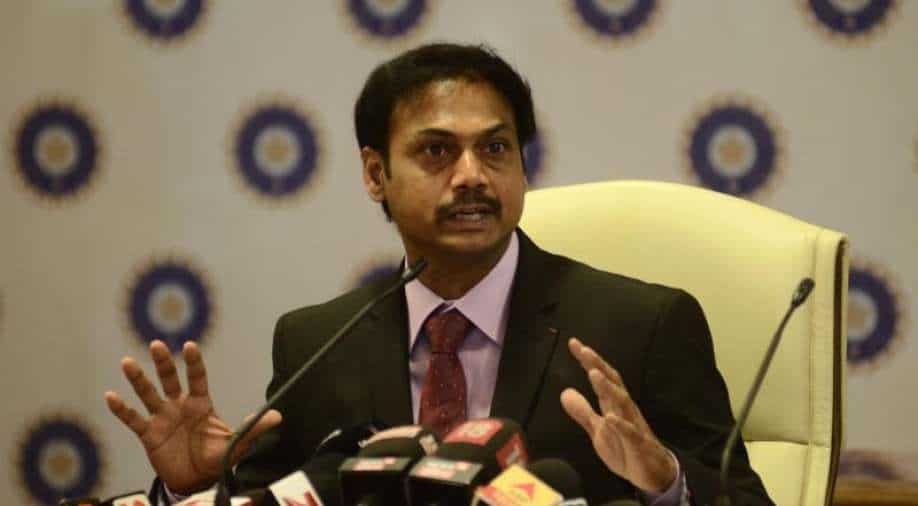 'It is a decent squad but I feel that they are one fast bowler short actually ...because we are playing the majority of the matches in Dubai and Abu Dhabi, so maybe one more fast bowler could have been handy,' said MSK Prasad

Former BCCI chief selector MSK Prasad expressed his opinions on the Indian squad picked for the upcoming T20 World Cup, which is set to begin from October 17 in the UAE and Oman. Prasad believes that the Virat Kohli-led team could use one more pacer besides the likes of Mohammed Shami, Jasprit Bumrah and Bhuvneshwar Kumar.

"It is a decent squad but I feel that they are one fast bowler short actually ...because we are playing the majority of the matches in Dubai and Abu Dhabi, so maybe one more fast bowler could have been handy," said Prasad while speaking to PTI in an interview.

Apart from the above-mentioned pacers, the Indian squad has named Deepak Chahar and Shardul Thakur as reserves. Meanwhile, doubts remain over the services of all-rounder Hardik Pandya as he hasn't bowled during the second phase of IPL 2021.

"Had we played more matches in Sharjah, this was okay, but one fast bowler could have (been there) and more important with Hardik not bowling, I think it is a little cause of concern," Prasad added.

"...he has taken the strain of captaincy across all formats, which is clearly visible right now on his individual performances. So, I think (it) must be a right decision to take," said Prasad Virat's decision.

"We want Virat, a man who can get 70 centuries in a decade's span, we would want to see the same Virat. If the T20 captaincy is affecting the batting, then it is the right decision to take," added the veteran of 96 first-class matches.

Not just Prasad, ever since the squad was announced, critics and some of the former players expressed their opinions over the snub of some top players like Shikhar Dhawan, Sanju Samson and Yuzvendra Chahal. Most importantly, they have performed well during the IPL 2021 UAE leg.

On the other hand, some selected players in the Indian squad like Rahul Chahar, Ishan Kishan and Suryakumar Yadav have failed to impress so far. Former Indian spinner, Harbhajan Singh on Tuesday (October 5) said he is still hoping to see Yuzvendra Chahal in India's T20 World Cup squad.

On the other hand, former India pacer Ajit Agarkar feels the selectors shouldn't make any change in the squad despite some players going through a lean patch ahead of the showpiece event in UAE.