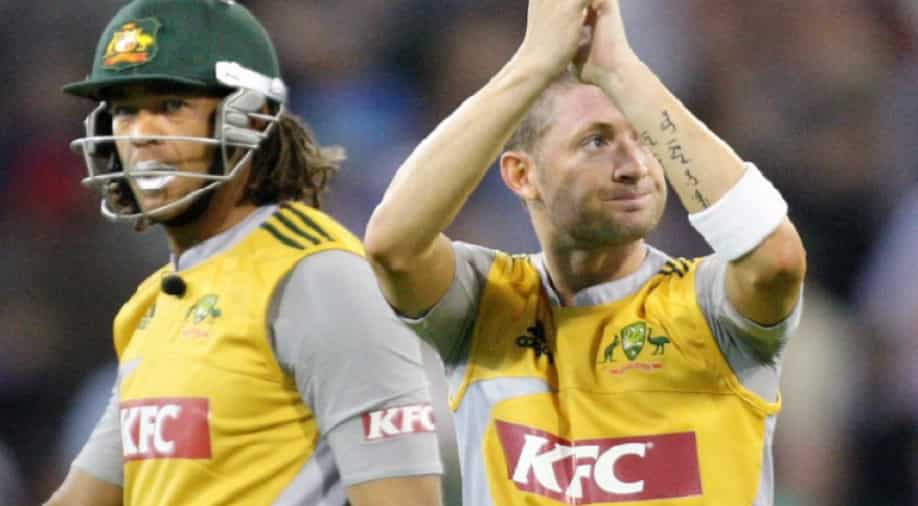 Former Australia all-rounder Andrew Symonds recently recalled how him going for big money in the IPL ruined his relationship with his teammate Michael Clarke.

Former Australia all-rounder Andrew Symonds recently recalled how his huge contract in the Indian Premier League (IPL) strained his relationship with teammate Michael Clarke. Symonds revealed he used to share a great bond with Clarke but the relationship between the duo went downhill after the inception of IPL in 2008.

Symonds was the second-most expensive player in the IPL 2008 auction where he was roped in by now-defunct Deccan Chargers for USD 1.35 million at the time. His price was only behind MS Dhoni, who was sold to Chennai Super Kings (CSK) ahead of the inaugural edition of the tournament.

Symonds was one of the star players bought by Deccan Chargers, who had also signed the likes of Adam Gilchrist, VVS Laxman and Shahid Afridi among others. The former Australian all-rounder believes jealousy cropped up in his relationship with Clarke after he was sold for a big amount at the IPL 2008 auction which strained their bond.

“Matthew Hayden said to me — when the IPL started, I got a pretty penny to go and play in the IPL — he identified it as there was a bit of jealousy that potentially came into the relationship (with Clarke) there," added the former Aussie all-rounder.

Symonds further stated that money in the IPL poisoned his relationship with Clarke who used to be his good friend but he is comfortable with the fact that they don't share the bond anymore and said he doesn't want to dig up the past. Symonds and Clarke were part of the Australian dressing room for quite a few years.

“Money does funny things. It’s a good thing but it can be a poison and I reckon it may have poisoned our relationship. I’ve got enough respect for him to probably not go into detail about what was said. My friendship with him is no longer and I’m comfortable with that, but I’m not gonna sit here and start slinging mud,” Symonds added.

Also Read: 'Will you go or shall I': What Pant told Pravin Amre before sending him on field post no-ball fiasco

While Symonds was the second most expensive player at the IPL 2008 auction, Clarke was not a part of it. Symonds later also went on to play for Mumbai Indians in the IPL. He played a total of 39 matches in the T20 league, amassing 974 runs at an average of 36.07 with the help of a century and five fifties.

Clarke, on the other hand, made his IPL debut for now-defunct Pune Warriors India in 2012. He played only six matches in the season before being dropped. Clarke, however, went on to achieve success at the international stage as he led Australia to a ODI World Cup triumph in 2015.