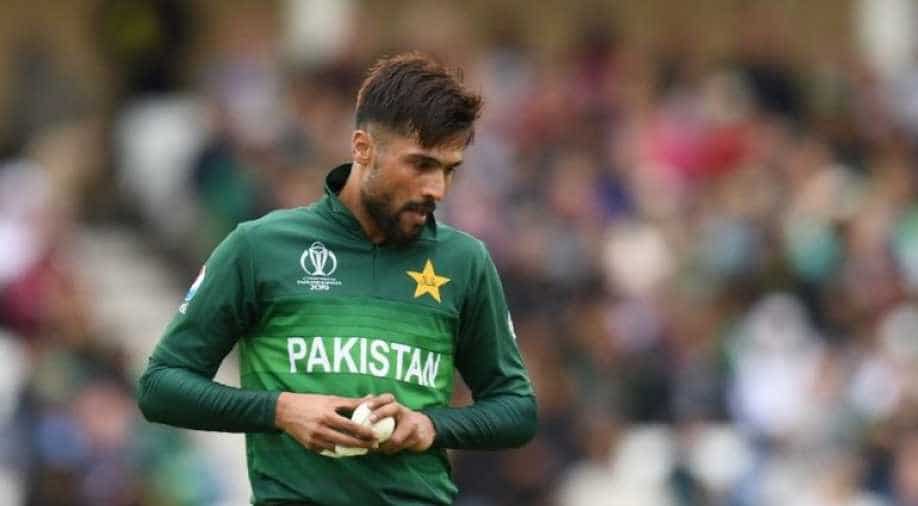 Pakistan pacer Mohammad Amir on Thursday took an indefinite break from international cricket saying that current management of Pakistan cricket team has “mentally tortured” him and he is unable to bear the pain anymore.

Pakistan pacer Mohammad Amir on Thursday took an indefinite break from international cricket saying that current management of Pakistan cricket team has “mentally tortured” him and he is unable to bear the pain anymore.

Amir was heavily scrutinized after he announced his retirement from Test cricket citing workload issues. However, he has been participating in the limited-overs format. Amir’s decision to retire from Test cricket was criticized by many including former Pakistani cricketers and the left-arm pacer has been since in and out of the limited-overs side.

“I don’t think I can continue playing cricket under this management. I am leaving cricket for the time being because I am being mentally tortured. I don’t think I can bear this torture anymore. What is happening recently is taunting me about everything. I took a personal decision and it has been presented in such a wrong way as though I don’t want to play for my country. Who doesn’t? Sometimes the bowling coach says he ditched the country, sometimes he talks about my workload, sometimes I am not in the plans. This is a wake-up call for me, that I am not in their plans, and I should move aside,” Amir said on Thursday as he took an indefinite break from cricket.

While it is not known whether the Pakistani speedster has any intention of returning back to cricket for Pakistan, it would be interesting to see how the Pakistan team management reacts to the allegations of Amir being “mentally tortured”.

ALSO READ: Virat Kohli reveals the real reason behind his motivation to play for India

Amir has 149 international matches with as many as 259 wickets to his name.

Amir was part of the Pakistan squad which won the 2009 World T20I. However, Amir’s career took a black mark when he was banned for five years over his involvement in the 2010 spot-fixing scandal during the tour of England in 2010.