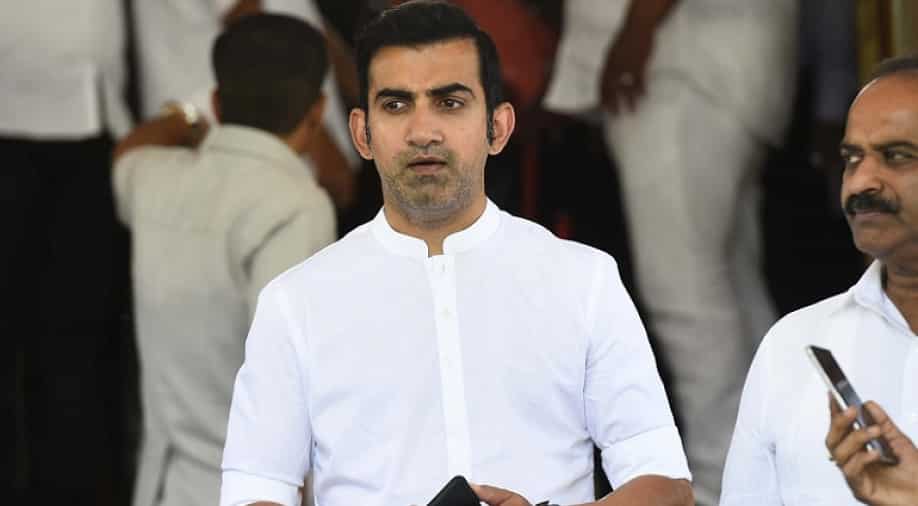 Gautam Gambhir has issued a warning to the players of the Lucknow Super Giants. Photograph:( IANS )

Ahead of the IPL 2022 mega auction, Gautam Gambhir has issued a warning to the players of the Lucknow Super Giants team.

Former India opener Gautam Gambhir has issued a warning to the Lucknow Super Giants players ahead of their debut season in the Indian Premier League (IPL). Gambhir, a two-time IPL-winning captain will be serving as the mentor of the newly-integrated franchise in IPL 2022. The former India opener is known for his outspoken nature and never shies away from putting his message across loud and clear.

Gambhir will be returning to the Indian Premier League for the first time since his retirement as a player and will be taking up the role of a mentor for Lucknow Super Giants. Lucknow are one of the two new teams who are set to make their debut in the IPL this year. Ahead of the IPL 2022 mega auction which is all set to take place next month, Gambhir has sent a stern message to the current players and the probable players of the franchise.

Gambhir has said he would not want players in his team who are playing in the IPL with the ultimate aim of playing for India. The former opener believes playing for India is a byproduct of the player's performances in the league and that if a player is using the IPL as a platform to play for India in future then he is being dishonest to the franchise.

Gambhir believes the players' ultimate aim should not be to use IPL as a platform t relaise their dream of playing for India but to make sure they give their hundred percent in delivering for the franchise and win the tournament for them. The former India opener said players should take IPL as a platform to showcase their talent.

"And IPL is not a platform to go on to play for India. IPL is a platform to showcase your talent to the world, and that is how players should think about it," he added.