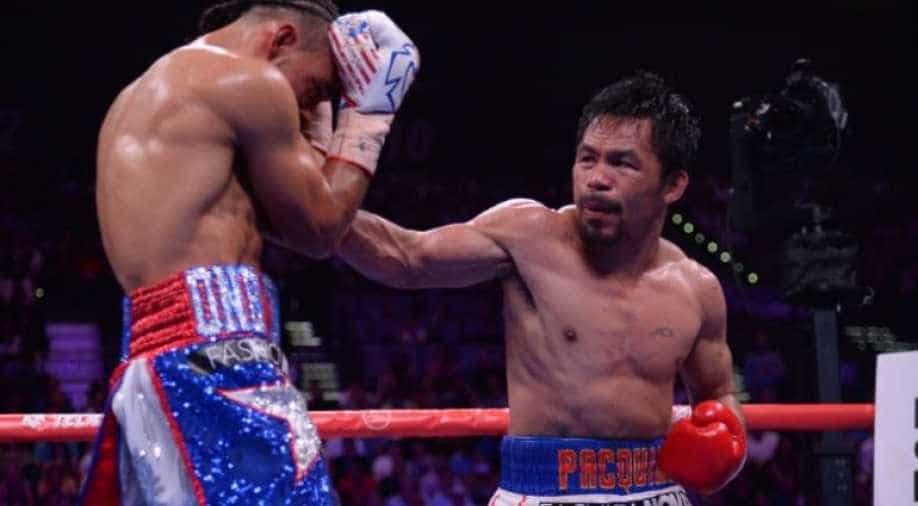 Thurman had vowed to beat the 40-year-old Filipino into retirement, but he was behind from the first round at the MGM Grand.

The 30-year old American had height, reach, weight and age advantage over the Filipino but he got knocked down with less than a minute to go in the first round and was chasing the fight thereafter.

Thurman started to bleed from his nose in the fifth round and looked beaten but he recovered in the middle of the fight before Pacquiao stormed back to take the last few rounds.

Pacquiao, whose speed and stamina belied his age in a highly entertaining fight, is the only man in boxing history to hold world titles in eight different divisions.