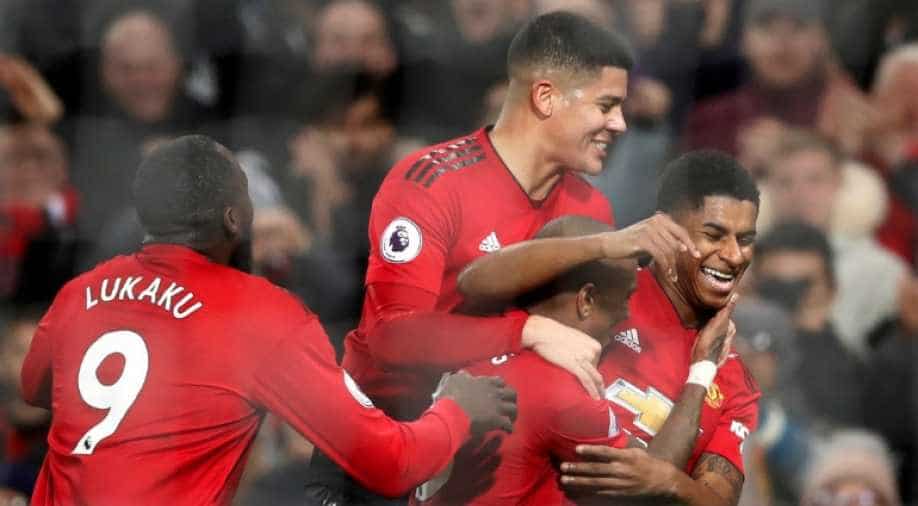 Manchester United earned their first Premier League win in five games with a comfortable 4-1 victory over bottom side Fulham at Old Trafford on Saturday.

With record signing Paul Pogba on the bench once more, United wasted no time in finding their rhythm, as Ashley Young scored his first goal in all competitons for United since 2017 to break the deadlock in the 13th minute.

Juan Mata stroked home a second to score his 50th Premier League goal in the 28th minute, before Romelu Lukaku scored his first home goal since March to make it 3-0 before halftime.

Coming into the encounter with a negative goal difference, United were in need of a confidence-building performance and a contest against the Premier League's most porous defence was just what the doctor ordered.

Fulham remained under the cosh after the break but managed a consolation through Aboubakar Kamara's penalty.

But Andre-Frank Anguissa was sent off for Fulham before Marcus Rashford scored a fourth late on to complete a miserable afternoon for Claudio Ranieri's strugglers.

A first three points in the league since early November ensured United climbed to sixth, seven points off the top four, with Chelsea in fifth not in action until later on Saturday.

"The players have shown they can be a better team than they are," manager Jose Mourinho said. "At times it was beautiful football. The first half was perfect. We were really good. We needed it."

Lukaku's inclusion was one of four changes to the side that drew against Arsenal in midweek, meaning Mourinho has made 50 changes to his starting line-up already this season.

One of those other changes, Young, got the ball rolling, nutmegging his marker to slot home, before an equally fine finish from Mata saw him reach his goalscoring half century.

Fulham goalkeeper Sergio Rico was then called into a action once more, keeping out a fierce Rashford strike, before Mata cut the ball back for Lukuku to score his first Old Trafford goal in 997 minutes in all competitions.

"The first half was only Manchester United with powerful qualities," Ranieri said. "Second half was much better. We had the desire to do our best."

After the break, Ander Herrera missed a glorious chance to make it four, before the Spaniard felled Kamara in the box to concede a penalty, which Kamara converted with ease.

Anguissa's red card after earning his second yellow made things yet more difficult for Fulham, before Rashford completed the rout eight minutes from time, squeezing his effort in at the near post.