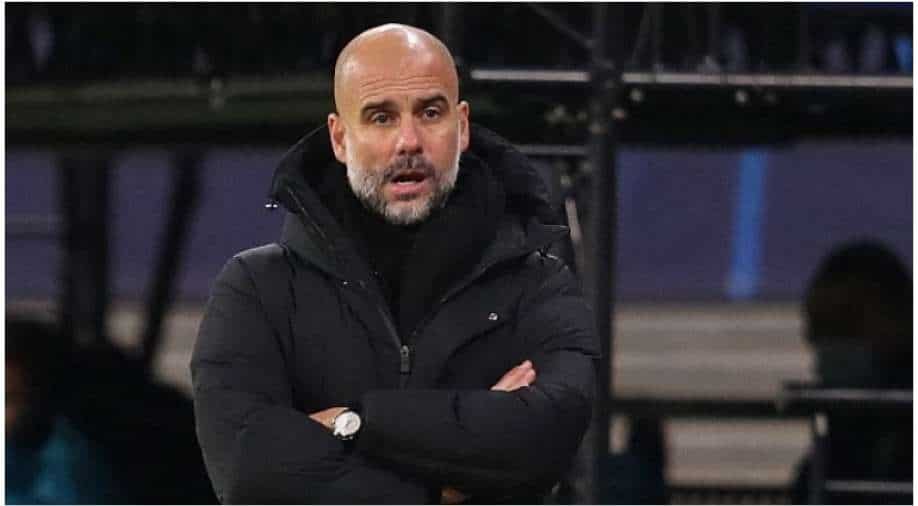 Last Thursday, City confirmed Guardiola and his assistant Juanma Lillo were among seven first-team players and 14 backroom staff who were isolating for COVID-19 related reasons.

Manchester City manager Pep Guardiola said there are additional COVID-19 cases at the club following last week`s outbreak as they prepare to take on second-placed Chelsea in the Premier League on Saturday.

Guardiola, who missed Friday`s 4-1 FA Cup third round victory over Swindon Town after returning a positive test, did not specify whether the new cases were among players or members of staff while the number of cases was also not mentioned.

Last Thursday, City confirmed Guardiola and his assistant Juanma Lillo were among seven first-team players and 14 backroom staff who were isolating for COVID-19 related reasons.

"We have some new cases, they want privacy so I can`t say," Guardiola told reporters on Friday, adding some players who missed the Swindon game will remain unavailable after continuing to return positive tests.

"We played Aston Villa with 11 first team players. The last six, seven games there are four or five academy players on the bench. We are in the same situation as all other clubs.

"Before we tried to plan the next few days but what we`ve learned is to take it day by day, take decisions a few hours before a training session or game because we can be okay and then in four or five hours we have positive cases."

Guardiola, set to return to the dugout on Saturday, heaped praise on his counterpart Thomas Tuchel and his team before City host Chelsea and added he is expecting a completely different game to the one City won 1-0 earlier this season.

"So creative. One of the few managers I learn constantly from, to become a better manager myself," Guardiola said of Tuchel.

"Excellent in all departments. Always I enjoy watching his teams and the approach. He makes world football better..

"Tomorrow we face the European champions, an excellent team... The performance (in September) was really good, we minimised the champions of Europe when they had all players fit.

"At that moment we were below them, we knew the difficulty. We won unfortunately with a short margin... we learn from that, we can be better especially in attack. Tomorrow will be completely different."

Chelsea are 10 points adrift of champions City after 21 games before the two teams meet at the Etihad Stadium.