Lionel Messi asked me to shut my mouth: Brazil coach on clash with Argentine giant 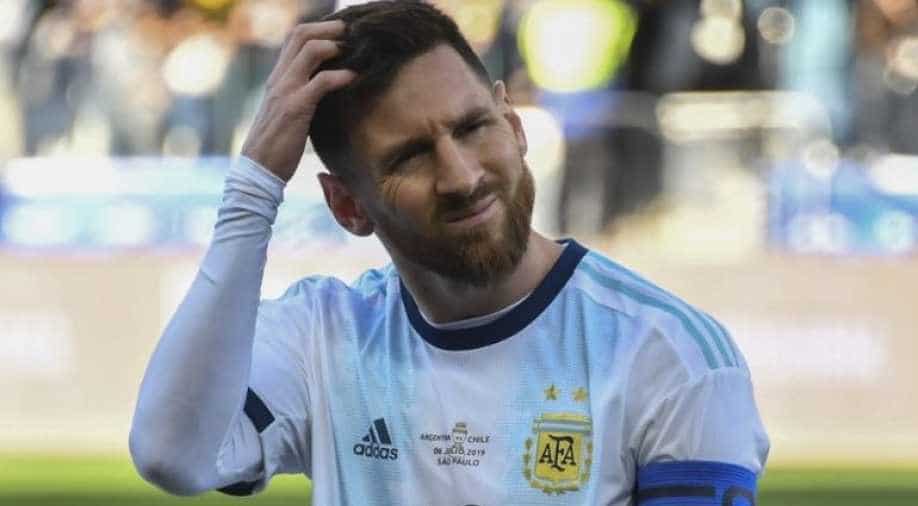 Lionel Messi was seen putting his fingers to his lips as Tite complained to the referee.

Brazil head coach Tite has said that Argentine striker Lionel Messi told him to 'shut his mouth' during the clash between the South American football giants.

Messi returned after a three-month international ban and scored a goal to help Argentina beat Brazil 1-0 at Riyadh, Saudi Arabia. During the match, both Messi and Tite were seen exchanging words in the first half. The Argentine striker was seen putting his fingers to his lips as Tite complained to the referee.

"I complained because Messi should have been shown a yellow card and he told me to shut my mouth and I told him to shut his mouth. And that was it. I don't want to answer anymore on it. You need a strong referee because he'll swallow you... It should have been a card, I was right to complain," Goal.com quoted Tite as saying.

Earlier this year, Messi was handed a three-month ban for his comments against South America's football governing body CONMEBOL.

On July 6, Chile's Gary Medal and Messi were handed red cards during their Copa America clash in the 37th minute of the match. The video footage showed that Medal was clearly the aggressor and the decision of the referee was challenged by Messi. The Argentine striker, thereafter, walked off the field.

Messi was given his first red-card in a 14-year-long span and this decision did not go down well with the striker as he blasted CONMEBOL, saying the whole tournament was set up for Brazil's win and even went on to say that he did not want to be a 'part of this corruption'.

"There is no doubt the whole thing is set up for Brazil. I hope the VAR and referees don't play any part in the final and that Peru can compete but it looks tough to me. I did not want to be part of this corruption, we shouldn't have to be part of this disrespect we suffered during the Copa America. We could have gone further but we weren't allowed into the final. Corruption, referees and all the rest stopped people from enjoying the football," Messi had said.