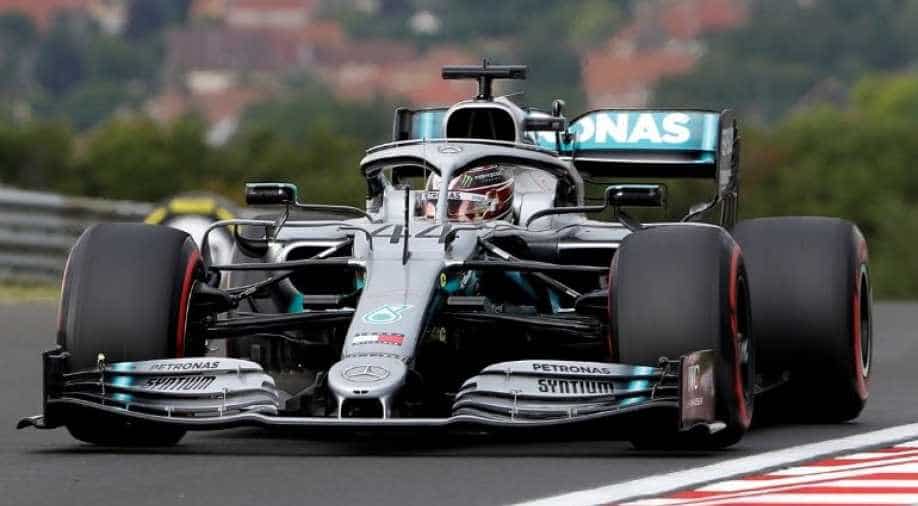 Hamilton had said he could not wait to be back in the car after recovering from a bug that laid him low in Germany last weekend and he wasted no time in getting back up to speed.

The Briton, who has won in Hungary a record six times and has a 41-point lead over Bottas in the standings, lapped the Hungaroring with a best time of one minute 17.233 seconds under cloudy skies.

Red Bull's Max Verstappen was second on the timesheets, 0.165 slower, with Ferrari's Sebastian Vettel occupying the third place and only a thousandth of a second behind the 21-year-old Dutchman.

Verstappen, who spun twice in the session, has won two of the last three races, including the chaotic wet thriller at Hockenheim.

Hamilton is eager to put that race behind him after starting on pole, hitting the barriers, spinning and collecting a time penalty before finishing 11th and then being promoted back to ninth.

Bottas was sidelined after two incomplete laps, Mercedes having detected an untraceable problem with his power unit and deciding to swap it out of the car for another in the pool of engines.

The lost track time was another setback for the Finn, who crashed out in Hockenheim just when he looked likely to make inroads into his team mate's championship lead.

Hungary is the last race before Formula One's August break and the 12th of 21 rounds.