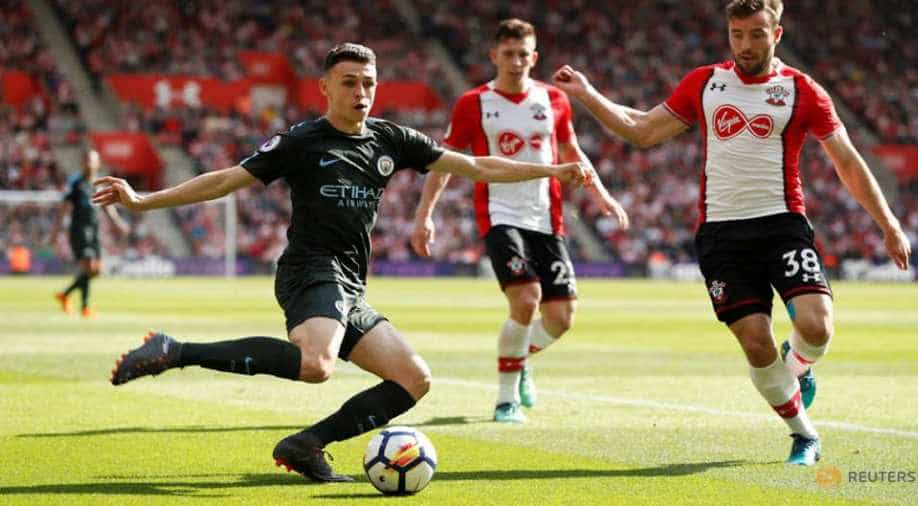 A dramatic 94th-minute winner from Gabriel Jesus gave Premier League champions Manchester City a 1-0 win over Southampton on Sunday to ensure they became the first team ever to reach 100 points in an English top-flight season.

But Southampton still ended up celebrating as their narrow defeat combined with Swansea's 2-1 defeat by Stoke City guaranteed them Premier League football next season.

For much of the match, City, who fielded four changes from midweek and played Raheem Sterling in an unfamiliar centre forward role, struggled to find their familiar rhythm and failed to register a single shot on target in the first half.

Dusan Tadic had an effort cleared off the line in the second half when City brought on Phil Foden and Brahim Diaz to ensure the pair notched up their fifth Premier League appearances of the season to qualify for a medal.

Saints looked to have secured the draw but, with time virtually up, Jesus latched on to Kevin de Bruyne's excellent floated cross to produce a perfect lobbed finish past the advancing Alex McCarthy.

The goal sparked wild celebrations, with City boss Pep Guardiola joining in on the sidelines, leaping from the dugout and punching the air.

City's magnificent campaign has ended with a record 16 away wins and 106 Premier League goals.